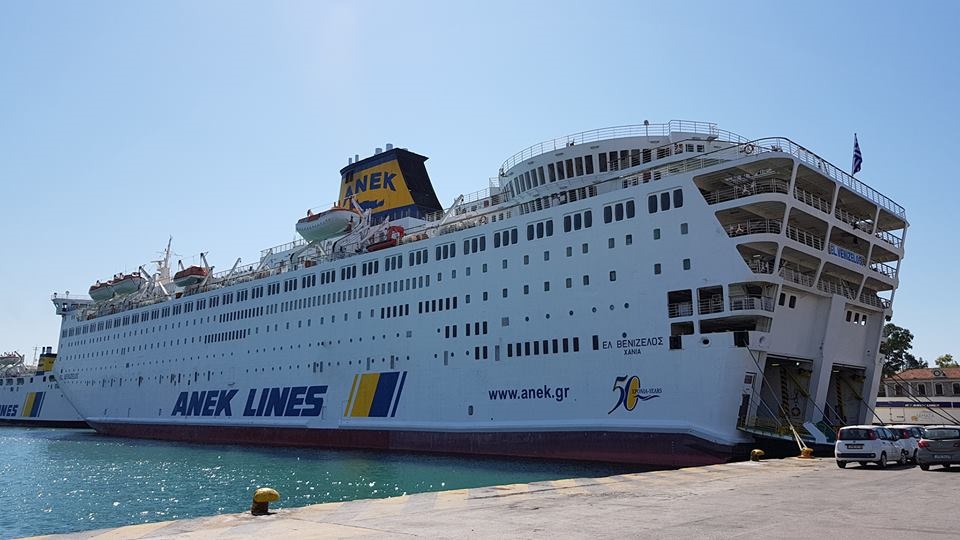 The itineraries of the ferry, “Eleftherios Venizelos” of ANEK Lines, which on Tuesday caught fire while en route, will be operated by other vessels, following the amendment of the company’s routes between the ports of Piraeus and Souda in Chania, Crete.

More specifically, for the weekend of September 1 and 2, the company’s intineraries will be operated by “Blue Galaxy” and “Paros Jet”.

ANEK has cancelled its itineraries for Monday, September 3, due to a 24-hour strike called by the Panhellenic Seamen’s Federation.

Furthermore, from September 4-12, ANEK’s itineraries between Piraeus-Chania will be conducted by “Blue Star 2”, which will be departing from the port of Piraeus at 3 am, and from the port of Souda, Crete, at 11.30 pm daily.

The “Eleftherios Venizelos”, carrying 875 passengers and 141 crew, was sailing to the port of Souda on Tuesday night, when a car parking compartment caught fire. Coastal authorities escorted the vessel to Piraeus and all passengers safely disembarked in the early morning hours of Wednesday, with no injuries reported.