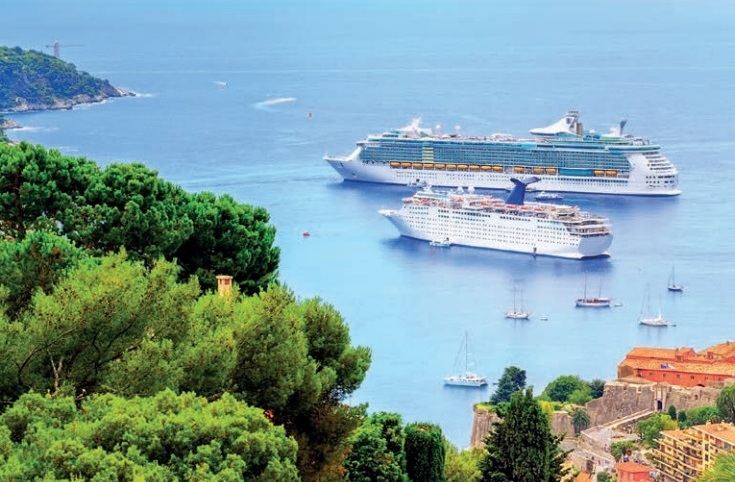 Greece has maintained its ranking as the third most popular cruise destination in Europe with 4.09 million passenger visits in 2017, according to the “Contribution of Cruise Tourism to the Economies of Europe 2017” report released by the Cruise Lines International Association (CLIA).

According to the findings, mainly a destination market, the Greek cruise sector accounted for 10,721 jobs in 2017 or 2.7 percent of the total, an increase of 7.4 percent from 2015. Approximately 59 percent of these jobs were in the transportation and trade sectors and 11 percent in manufacturing.

The ports of Mykonos, Corfu, Santorini and Katakolo were among the principal ports-of-call in the Mediterranean and Northern Europe from 2015 to 2017.

CLIA data reveals that in 2017, an estimated 6.5 million cruise passengers embarked on their cruises from European ports. Italian ports, led by Venice, were European market leaders with 1.8 million passenger embarkations in 2017, followed by Spain (Barcelona and Palma) with 1.45 million embarkations, the UK (Southampton, Dover and Tilbury) with 1.09 million, Germany, Denmark, France; and Greece with 228,000 from Piraeus.

According to the CLIA report, Mykonos, Corfu, Santorini and Katakolo were among the leading European ports-of-call in the 2015-2107 period with Marseille (France), Tenerife (Spain), Naples (Italy), Valetta (Malta) and Dubrovnik (Coratia) at the top.

At the same time however, Greece’s Union of Cruise Shipowners and Associated Members (EEKFN) is ringing alarm bells, estimating that cruise tourism to Greece this year will drop below the 2017 levels, dashing expectations for a minor recovery, with the association’s president Theodore Konte saying it is “yet another disappointing year for the sector”.

“In 2017, we experienced the most noticeable decline in recent years, approximately 20 percent,” said Konte. “Despite our initial forecasts for a slight 2 percent correction in 2018 and a gradual increase in the following years, research into companies and ports reveals that there will be a further decline in 2018 of about 2 percent in the number of cruise ship approaches and 3.2 percent in terms of cruise passenger traffic,” he added.

The cruise industry contributed a record 47.86 billion euros to the European economy in 2017, up by 16.9 percent against the previous figure released in 2015, according to CLIA’s updated European Economic Contribution Report.

“The cruise industry continues to make significant contributions to Europe’s economy. Its positive economic benefit is clear as cruise continues to contribute significantly to the European economy through smart sustainable growth… This is thanks to more Europeans choosing a cruise holiday, more cruise passengers sailing in Europe, and more cruise ships being built in European shipyards,” said David Dingle, chairman CLIA Europe.