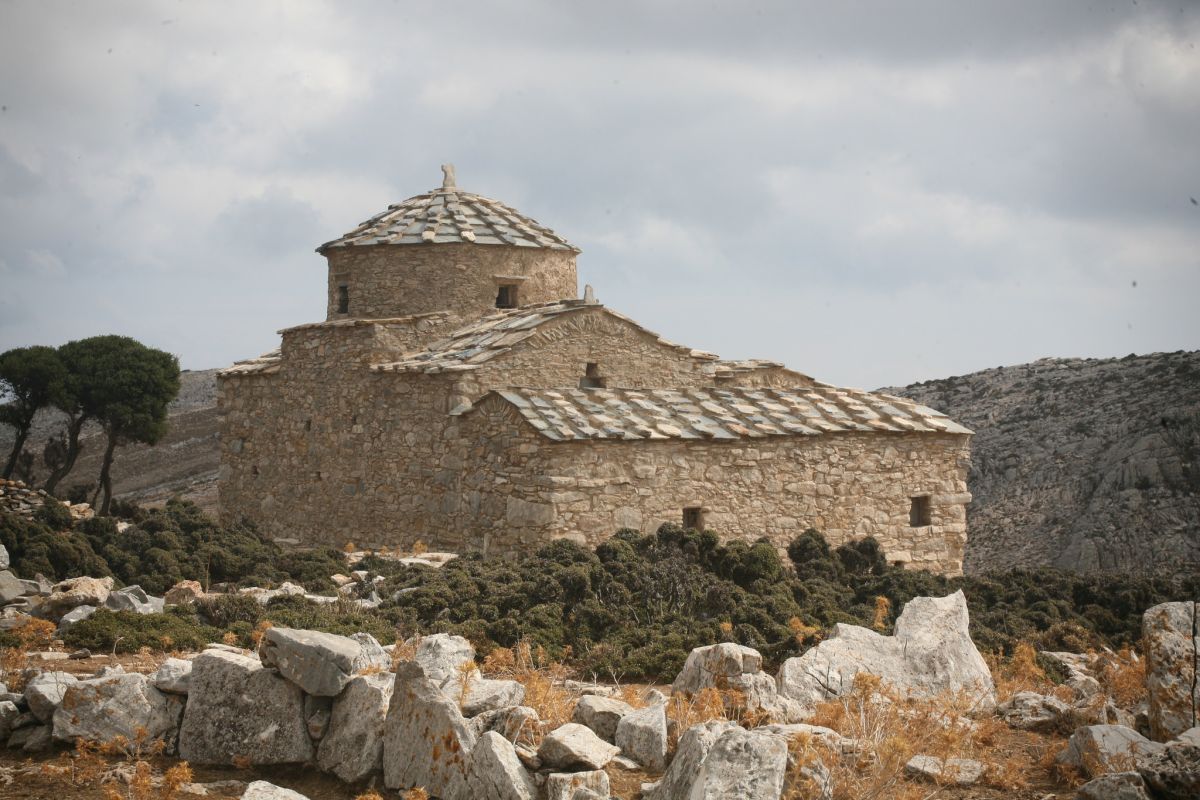 Greece’s Byzantine Church of Hagia Kyriaki on the island of Naxos is among the winners of the 2018 European Union Prize for Cultural Heritage / Europa Nostra Awards, Europe’s top honor in the heritage field.

The winners of the EU prize – 29 laureates from 177 countries – that were recognized for their notable achievements in conservation, research, dedicated service, and education, training and awareness-raising, were announced by the European Commission and Europa Nostra on Tuesday.

The rehabilitation of the Byzantine church of Hagia Kyriaki on Naxos, with its unique series of frescoes dating from the 8th – 9th century, included Greece among the outstanding European heritage “success stories” awarded in the “Conservation” category for 2018.

Greece was also awarded in the same category for its contribution, along with Egypt and Italy, to the Collaborative Conservation of the Apse Mosaic of the Transfiguration in the Basilica at St. Catherine’s Monastery in Sinai. 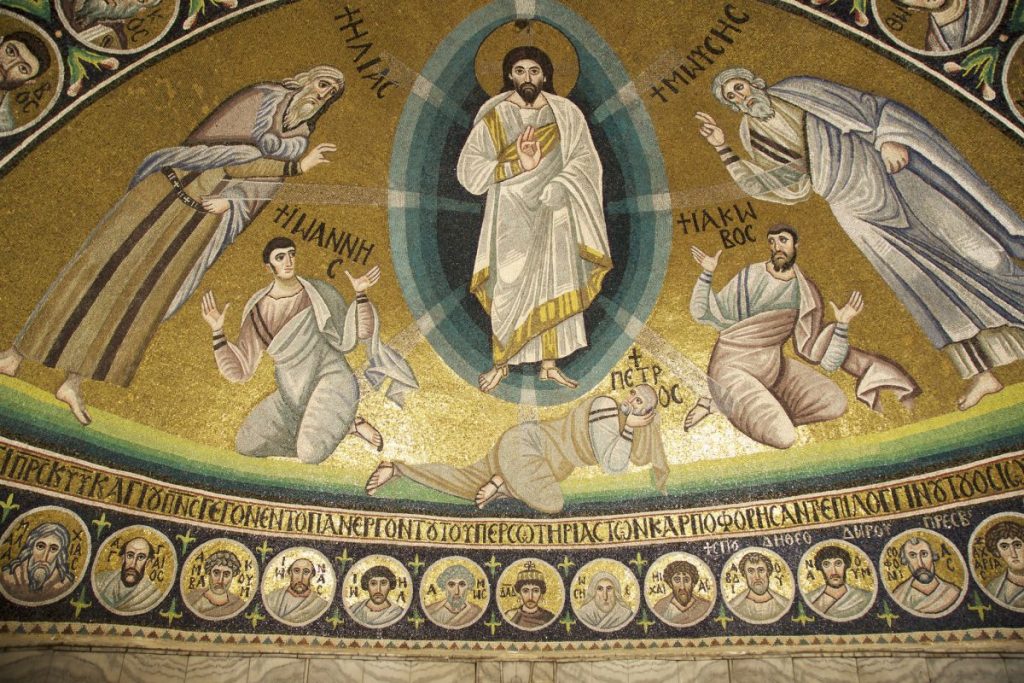 Apse Mosaic of the Transfiguration in the Basilica at St. Catherine’s Monastery in Sinai. Photo source: europeanheritageawards.eu

“As a contribution to the European Year of Cultural Heritage, this year’s awards put special emphasis on the European added value of the selected heritage achievements,” the organizers said in announcement.

The winners of the 2018 EU Prize for Cultural Heritage / Europa Nostra Awards will be celebrated at the European Heritage Awards Ceremony, co-hosted by European Commissioner Tibor Navracsics and Maestro Plácido Domingo, on the evening of June 22 at the Berlin Congress Centre. Seven Grand Prix laureates (each of whom will receive 10,000 euros) and the Public Choice Award winner, chosen from among this year’s winning projects, will be announced during the ceremony. Citizens from around Europe and the rest of the world can now vote online for the Public Choice Award and mobilise support for the winning achievement(s) from their own or another European country.

The winners will also present their heritage accomplishments at the Excellence Fair on June 21 at the Allianz Forum. They will also contribute to various other events of the European Cultural Heritage Summit “Sharing Heritage – Sharing Values” during June 18-24 in Berlin.

Hagia Kyriaki is a Byzantine church with a unique series of wall paintings dating to the 8th or 9th century, during one of the two periods of Iconoclasm (726-787 CE; 813-843 CE). The church is located in a secluded rural area which was neglected for years. This project is an outstanding example of cooperation across state boundaries in Europe. The unique source of funding was private donations either through the Swiss initiative, the Αssociation Hagia Kyriaki, including a contribution by J.F. Costopoulos Foundation or through the Greek organisation Elliniki Etairia, with donations from the A.G. Leventis Foundation and Athanasios and Marina Martinos.

The conservation of Hagia Kyriaki succeeded in saving an endangered monument and its unique paintings, with meticulous effort to protect its authenticity and refrained from adding elements that would mask the passing of time and history.

“This is a sensitive and respectful conservation of a structure and its wall paintings which are linked to an important period in European thought. The excellent results have been achieved through international and interdisciplinary cooperation and through the collaboration of private and public bodies”, the jury said of this project.

Award for Conservation
Collaborative Conservation of the Apse Mosaic of the Transfiguration in the Basilica at St. Catherine’s Monastery – Egypt/Greece/Italy

The Greek Orthodox Monastery of Saint Catherine at Mount Sinai preserves one of the world’s richest collections of icons, manuscripts and historic documents. Its location is sacred to Judaism, Christianity and Islam. The Monastery in its present form was constructed by the Byzantine Emperor Justinian and completed before 565 CE. This Basilica retains most of its 6th-century decorations, including the apse mosaic of the Transfiguration, a masterpiece of Eastern Christian art.

In 1995 the Basilica suffered serious damage from an earthquake. In 1999 the Getty Foundation based in Los Angeles (USA) provided funding for a detailed survey and conservation study which were undertaken by the Monastery’s Technical Bureau based in Athens (Greece). The Getty Conservation Institute (GCI) then recommended Centro di Conservazione Archaeologica (CCA) based in Rome (Italy), for the conservation of the mosaics and in 2000 granted funding for the CCA’s survey and assessment of the mosaics.

The jury highly commended “the European cooperation between the Italian conservation experts and the Greek Orthodox Monastery which was undertaken in close consultation with the Egyptian authorities and has resulted in high-quality conservation work on an element of such an outstanding World Heritage Site as the Monastery of Saint Catherine in Sinai. The documentation and quality of the work are exceptional”.

Independent juries of experts examined a total of 160 applications, submitted by organisations and individuals from 31 countries across Europe, and selected the winners.

Int’l Driving Permit a Must for Vehicle Rental in Greece