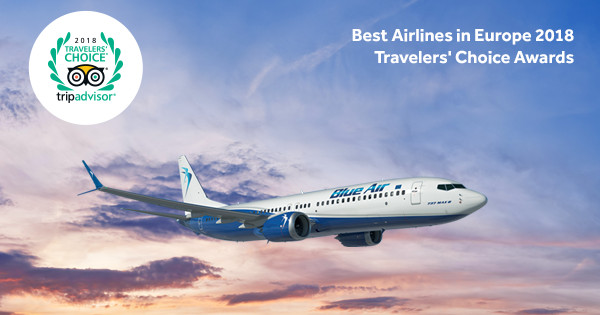 Romanian carrier Blue Air has been included on the list of the Best Low-cost Airlines in Europe in TripAdvisor’s 2018 Travelers’ Choice Awards for Airlines. 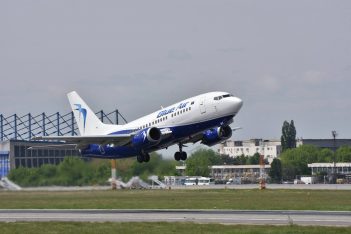 According to an announcement, it is the first time a Romanian airline has received the accolade by TripAdvisor, the travel site that has more than 460 million comments and reviews by users, covering some seven million restaurants, hotels, vacation packages and airlines.

In the announcement, Blue Air’s COO Todor Constantinescu thanked the airline’s passengers and particularly its staff “for offering high-quality services 365 days a year, 24 hours a day.”

According to Constantinescu, more than 5 million passengers traveled with Blue Air last year to 100 European destinations. “This awards gives us  the incentive to surpass our quality standards and invest further in meeting the demands of our customers,” he added.

Blue Air was founded in Bucharest in 2004 and today flies to Belgium, Cyprus, Denmark, Greece Germany, the UK, Spain and France, among other destinations. It also operates nine bases in Bucharest, Larnaca, Liverpool and Turin among other cities.

Tripadvisor’s awards this year honored 69 airlines that provide exceptional value and service across the globe.

Hoteliers Call on Ryanair to Re-examine Chania Base Termination