Overnight Stays Up in Greek Hotels, Campsites in Jan-Sep 2017 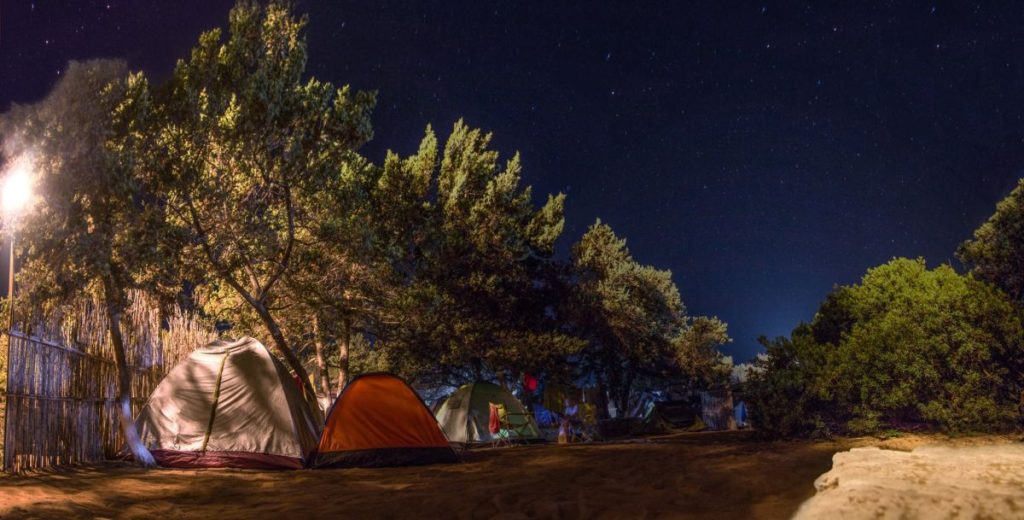 During the first nine months of 2017, Greece saw an increase in arrivals and overnight stays in hotels, similar establishments and tourist campsites, compared to the year before, the Hellenic Statistical Authority (ELSTAT) said recently.

According to provisional data released in late December by ELSTAT, Greece welcomed 17,543,443 arrivals to the aforementioned establishments during the January–September 2017 period, while overnight stays amounted to 75,763,434. The corresponding arrivals for the same period of 2016 amounted to 16,597,429 while the nights spent amounted to 72,450,818. (Tables 1 and 2) 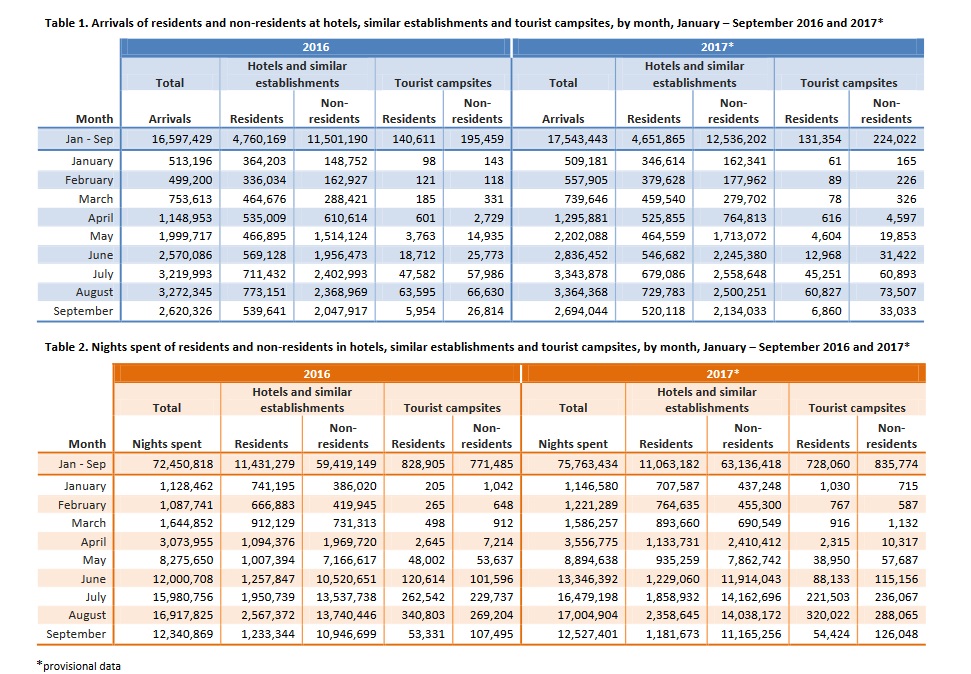 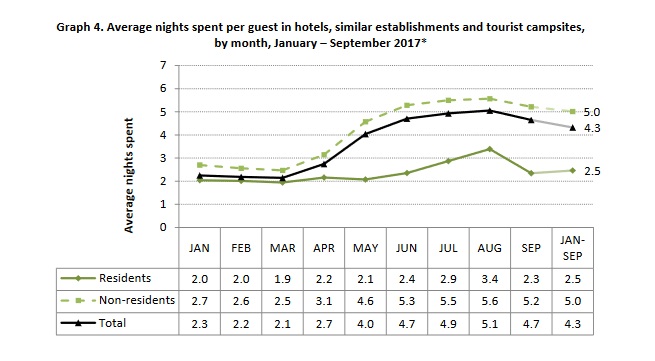 Moreover, ELSTAT’s data showed that the total occupancy of beds in hotels and similar establishments (excluding tourist campsites), which is based on the overnights spent compared to beds that were in operation, amounted to 55.3 percent during January – September 2017, compared with 54.1 percent in the corresponding period of 2016. (Table 3, Graph 5)