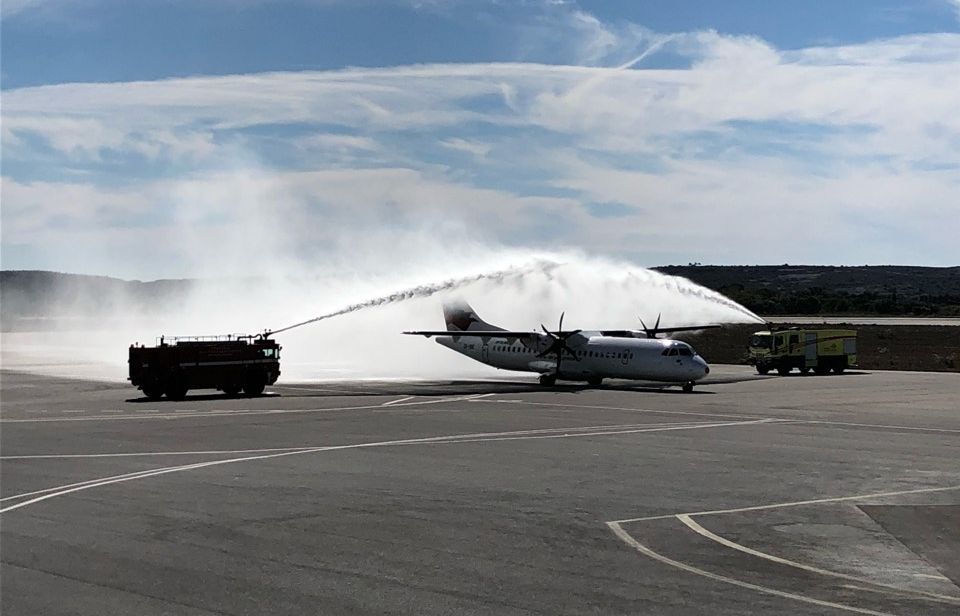 Greek airline Sky Express on Wednesday kicked off a new daily flight from Athens to the island of Kos, part of the Dodecanese island chain.

“Today’s message is a positive one for Kos as it proves that the island is popular and attracts companies active in the field of air transport,” Kos Mayor Yiorgos Kyritsis said during a press conference, adding that Sky Express has the municipality’s support.

The Athens-Kos route will be served with one flight per day and two flights every Friday.

“The municipality and Sky Express have been in contact for some time aiming to develop synergies for the further tourism promotion of Kos, Mayor Kyritsis added.

On his part, Sky Express President Theodoros Krokidas said that the airline’s decision to fly the domestic route that connects Kos with Athens, boosts competition to ensure better services and more competitive prices for travelers.

According to the airline’s CEO, Haris Botsaris, Sky Express has increased its flights by 70 percent over last year, surpassing 15,000 flights per year and now serves 30 destinations throughout Greece and has the second largest domestic network.

“Our goal is to offer high quality services and to be the No. 1 passenger choice,” Botsaris said.

Sky Express this winter season is increasing the frequency of the Athens-Heraklion route to three flights per day, from Monday to Friday and two on Saturdays and Sundays. The airline has also increased its weekly flights on the routes of Athens-Zakynthos, Athens-Paros, Athens-Ikaria and Athens-Skiathos until March 31, 2018.

Moreover, Sky Express will receive two new aircraft, with the first coming in the next few days.