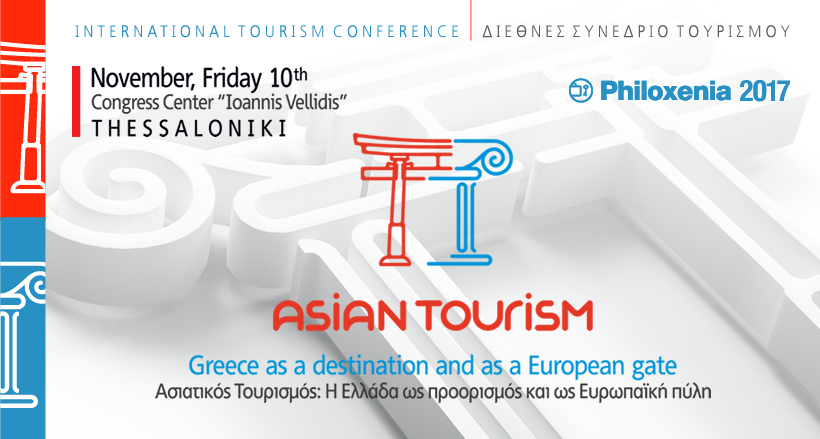 Greece’s potential as a destination and a gateway to Europe for the Asian market will be the focus of a conference to be held on November 10 during the 33rd International Tourism Exhibition “Philoxenia” in Thessaloniki.

The conference will include three thematic sessions, which will focus on the ways Greek tourism can enter new markets, boost growth and extend the season. 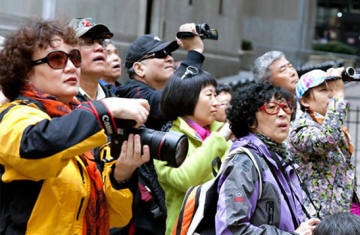 More specifically, the first session titled “Growth and trends in outbound Asian tourism” will present the latest developments and the factors that influence the market.

The second session titled “Connectivity and Travel Facilitation” will include analysis and discussion on matters related to the connection of Asian and European cities in general and Greek cities in particular, with a special focus on the issue of visas.

Under the theme, “Approaching the Asian traveler”, the third session will focus on the best marketing practices to approach and attract visitors from Asia.

The three sessions will be followed by a round-table discussion titled “Is Greek tourism Asian-ready? The road ahead”.

The list of conference’s speakers will include Xu Jing, UNWTO’s regional director for Asia and the Pacific; Alessandra Priante, who is in charge of multilateral international relations and policy issues in the Directorate General for Tourism of the Italian Ministry of Culture and Tourism; Ioanna Papadopoulou, director for communications and marketing at the Athens International Airport; George Drakopoulos, president and CEO of tourism generis and Miguel Gallego, head of marketing and communication at the European Travel Commission.

The participants will also include representatives of the Greek Ministries of Tourism and Foreign Affairs, Fraport Greece, Qatar Airways, Global Tourism Economy Forum-Macau, IVY Alliance, the Aristotle University of Thessaloniki and the Piraeus Port Authority – COSCO.

The conference is organized by Helexpo under the auspices of the Greek National Tourism Organization (GNTO).

The 33rd International Tourism Exhibition “Philoxenia” will be held November 10-12, 2017 in Thessaloniki.

The Greek Travel Pages (GTP) is a media sponsor for the event.