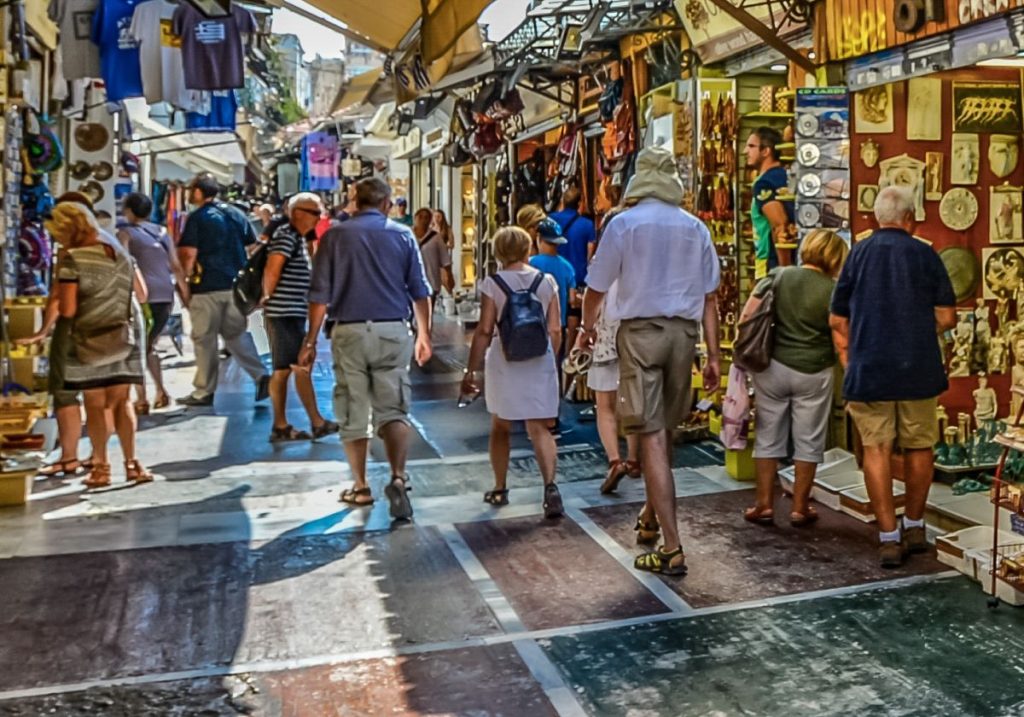 In January-August 2017, travel receipts in Greece increased by 9.1 percent, compared to the same period in 2016, to 10,524 million euros, the Bank of Greece said on Tuesday.

According to the data, the rise in travel receipts during the first eight months of the year was due to a 9.9 percent increase in inbound traveler flows (to 18,896 thousand), as average expenditure per trip declined slightly, by 0.3 percent. “Net receipts from travel services offset 74.7 percent of the goods deficit and accounted for 75.2 percent of total net receipts from services,” the Bank of Greece said.

Greece’s current account in August showed a surplus of 1.8 billion euros, up by 163 million euros year-on-year. The main developments were the rise in the surplus of the services balance (by 588 million euros) and the increase in the deficit of the balance of goods (by 504 million euros).

“The rise in the surplus of the services balance is due to an improvement mostly in the travel balance, since non-residents’ arrivals and the corresponding receipts increased by 14.3 percent and 16.4 percent, respectively,” the Bank of Greece said. The surplus of the transport balance expanded solely on account of higher net sea transport receipts.

In the January-August 2017 period, Greece’s current account improved year-on-year, as the 211 million euros deficit turned into a 123 million euros surplus. According to the Bank of Greece, this development reflects improvements mainly in the services balance and to a lesser extent in the primary and the secondary income account, which more than offset an increase in the deficit of the balance of goods.

“A rise in the surplus of the services balance is the result of an improvement in all of its main components… As regards to the travel balance, non-residents’ arrivals increased by 9.9 percent and the corresponding receipts by 9.1 percent. Moreover, transport receipts rose by 18.1 percent.”