US-Turkey Ties in Jeopardy Amid Diplomatic Spat, Tourism on Hold 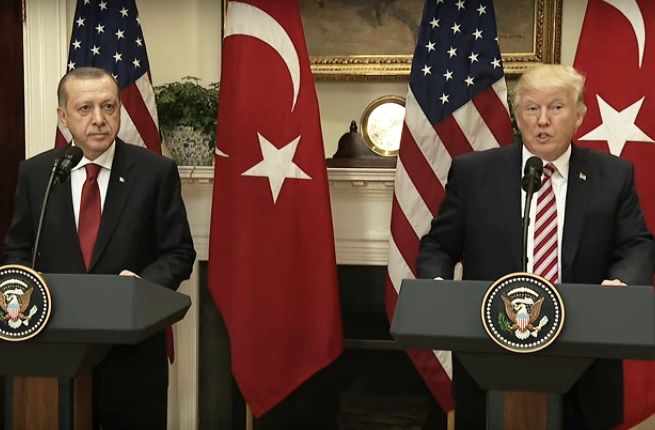 The United States and Turkey are playing power games as both countries suspended visa services on Sunday.

Turkish President Recep Tayyip Erdogan said on Monday that the US embassy’s decision to suspend all non-immigrant visa applications was very “saddening”.

The US was first to suspend visas via a statement on Twitter on Sunday saying it had been “forced” to reassess Turkey’s “commitment … to the security of US Mission facilities and personnel” in response to the detention of US consulate personnel in Istanbul over alleged links to the Gulen movement said to be behind the attempted July 15, 2016 coup.

“In order to minimize the number of visitors to our embassy and consulates while this assessment proceeds, effective immediately we have suspended all nonimmigrant visa services at all US diplomatic facilities in Turkey,” the US embassy statement said.

The action was reciprocated by Turkey hours later: “Recent events have forced the Turkish government to reassess the commitment of the government of the US to the security of the Turkish Mission facilities and personnel.” At the same time, it shut down its online visa system for US nationals.

Diplomatic relations between the two NATO allies have been on a steady decline in the last few years during a particularly volatile period for both in view of growing terrorism threats and activity.

In the meantime, the Turkish lira fell to its lowest in months following the visa restrictions, a development expected to further hinder tourists from visiting the neighboring country.

Getting to WTM London 2017 – Transport Update