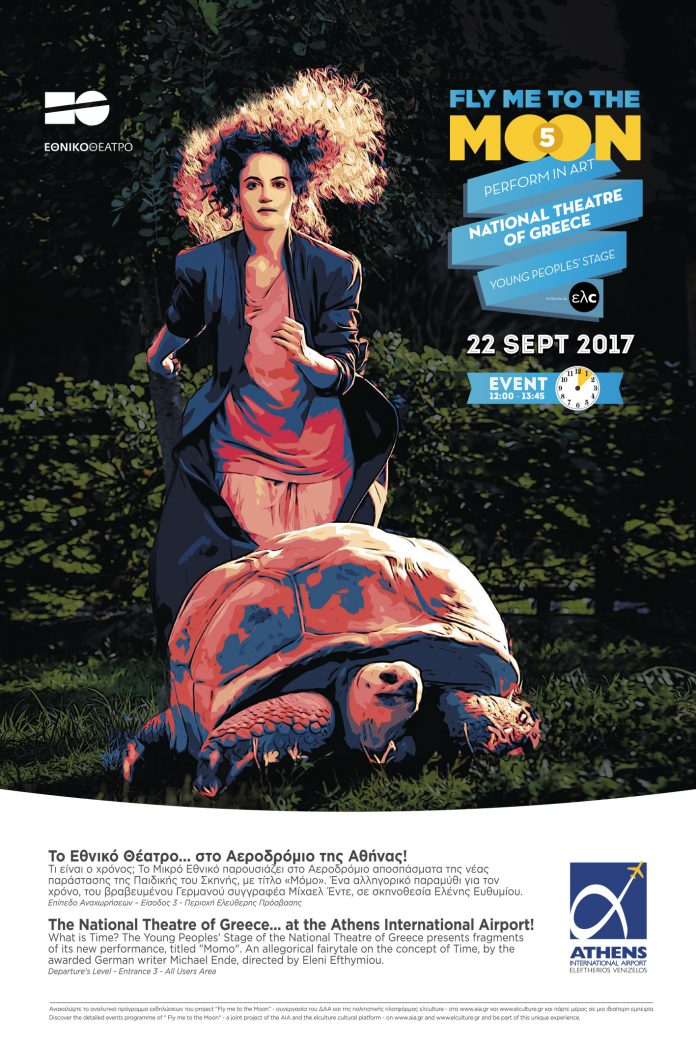 The National Theater of Greece will perform at Athens International Airport (AIA) on Friday, September 22.

“A show full of humour, dancing and suspense, certain to thrill passengers and airport visitors of all ages,” AIA said in an announcement.

Award-winning German author Michael Ende uses fantasy and symbolism to talk about nature, the value of time, stress and consumerism, through a, seemingly simple, childrens’ story. A fairytale addressed to children that yearn for joy of life and play, and to adults that, in a mercilessly fast world, are forgetting to live.

Ende’s landmark book was first published in Germany in 1973, translated to more than 40 languages and praised by critics and philosophers as “one of the most remarkable novels of the late 20th century”.

The performance will run from 12 noon until 13:45 at the Departure’s Level, in Entrance 3 (all users area).

The “Fly me to the Moon” program is AIA’s cultural journey of concerts, performances and happenings.