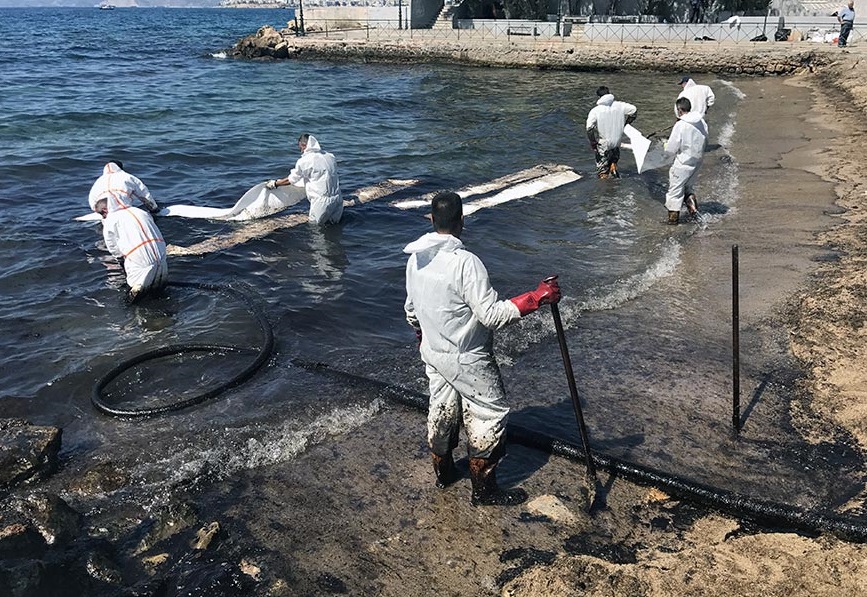 Piraeus Mayor Yannis Moralis said the municipality will take legal action against all parties responsible for the oil spill off the coast of Salamina last week and added that it would seek compensation for the damage and proceed with individual measurements of the pollution in the area.

Meanwhile, the World Wildlife Fund (WWF) Greece filed a lawsuit on Monday over the pollution, saying “we must ensure that those responsible will be held accountable in an exemplary manner and that through thorough analysis of the causes into the accident we will be better prepared to prevent or manage such incidents in the future”. WWF Director Dimitris Karavellas added that there were “a lot of open questions” as to how the accident occurred.

At the same time, the tanker currently pumping oil from the sunken Agia Zoni II will be replaced because its certificate of seaworthiness expires today, Greek authorities said on Tuesday. 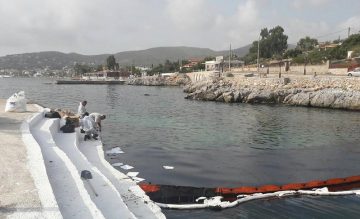 The Agia Zoni II sank while anchored on September 10 operating on an extended certificate and releasing a large part of its 2,200-ton fuel oil cargo into the sea near Salamina which later drifted along the coastline to Piraeus and other southern Attica coast beaches.

Alternate Shipping Minister Nektarios Santorinios said the government has ordered expiring seaworthiness certificates not to be extended and that the situation was “steadily improving”, adding that the greater part of the spill will have been cleaned up from the sea and coastlines in 20-30 days.

According to the latest updates, approximately 1,500 m3 of oil have been pumped out of the Agia Zoni II while ministry measurements have found no signs of pollution at Tzelepi Coast, Perama and Lagonisi. The sea condition at the beaches of Paleo Faliro, Glyfada, Agios Kosmas and Kavouri is “steady” or “improved”, the same measurements revealed.