Slated as one of the best shows in Southeastern Europe and supported by the Greek National Tourism Organization (GNTO), the Tanagra International Air Show 2017 will take place at the Tanagra Airforce Base near Athens.

Excitement is set to escalate during the mixed formation of a Mirage 2000 and an F-16 in virtual low-altitude combat. This year’s events will also include drone flights, and from Greece, the Hellenic Skydivers, the Zeus F-16 Demo Team and the T-6A Daedalus Demo Team will be showing off their tricks. 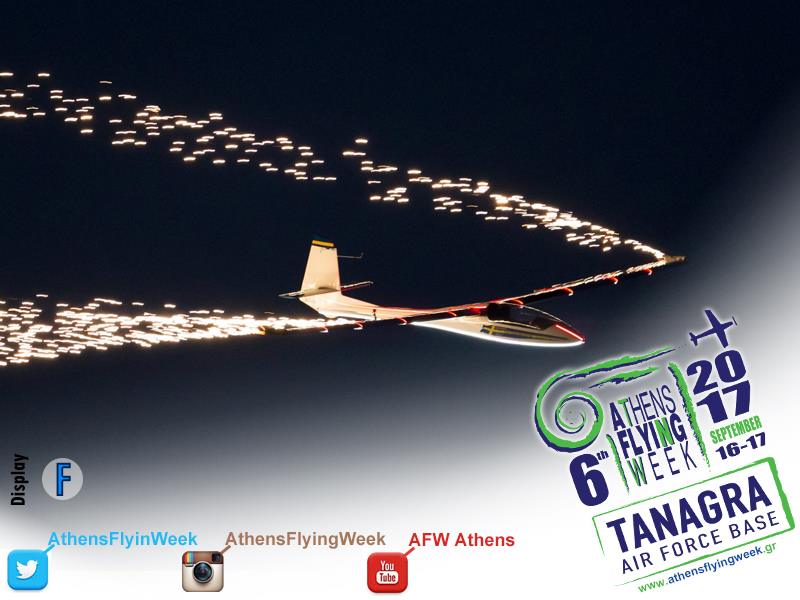 Meanwhile, AFW 2017 events kick off on September 12 with the “Aviation Development Conference #6” to be held at the Hellenic Armed Forces Officers’ Club between 9.30am and 2.30pm. Prominent speakers and aviation experts from Greece and abroad will attend. Admission is free.

The annual two-day aviation event boasts more than 250,000 spectators from Greece and abroad, with hours of flying action, airshow aircraft, helicopters and drones. Parking near the venue is free, two restaurants and a playground will be operating within the Tanagra show area.

AFW 2017 will come to a close with a party and an awards ceremony with the participation of Greek singer and pilot Kostas Makedonas.