Popular Greek Singers to Hit the Stage at the 82nd TIF 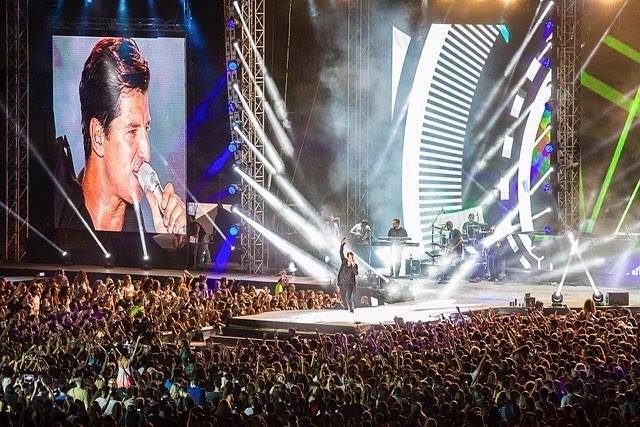 Some of Greece’s most popular singers and musicians will appear on stage during a music festival to be held within the framework of the 82nd Thessaloniki International Fair (TIF), which will take place between September 9 and 17 in Thessaloniki, northern Greece.

The festival’s program includes a series of concerts, aiming to fulfill the preferences of thousands of visitors of all ages, the organizer TIF-Helexpo said in an announcement. The events will commence on September 10 with a concert by Giorgos Mazonakis.

On September 11, traditional Greek musicians Mathaios and Konstantinos Tsahouridis will meet on stage with Cretans Giorgos and Nikos Stratakis. During the concert, the organizer TIF-Helexpo will honor Cretan lyra player Vassilis Skoulas for his contribution to the music industry.

Greek popular singers Stamatis Gonidis and Nikos Makropoulos will hit the stage on September 12, while the next day George Dalaras and Lavrentis Machairitsas will present their most renowned songs.

TIF-Helexpo on September 14 will present a tribute to composer and musician Christos Nikolopoulos, who will appear on stage with Pitsa Papadopoulou and Stelios Dionysiou.

The music events will continue on Friday, September 15 with a performance by singer Tamta, the Melisses music group and renowned Greek DJs “Playmen”.

A pre-closing party will take place on September 16 as part of the MAD Color Youth, a music event featuring some of Greece’s most renowned rappers and DJs, along with hundreds of liters of NEON color and UV lights.

TIF’s music events will conclude on Sunday, September 17 with a concert by Sakis Rouvas dedicated to bone marrow donors and organized by TIF-Helexpo and the Volunteer Bone Marrow Bank “Vision of Hope”.