Special ‘Democracy and Film’ Weekend at Costa Navarino in September

The New York Times “Athens Democracy Forum” and Costa Navarino recently announced that the next edition of their popular immersive experience focused on the theme of “Democracy and Film”, will take place September 15-17.

Set against a dramatic Messinian backdrop, a program of exclusive events has been designed to explore how film and filmmakers have helped viewers perceive current events and the world at large – and the impact this has had on political awareness and engagement.

The event will take place on the sidelines of the fifth edition of The New York Times’ “Athens Democracy Forum” to be convened September 13-15 at Costa Navarino. The conference will bring together influential statesmen, business leaders, economists and academics to discuss the pressing challenges facing liberal democracies, their institutions and economies. 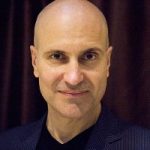 The weekend hosting the “Democracy and Film” event will culminate in a thought-provoking discussion on Saturday, September 16, with a panel featuring distinguished filmmakers, actors and experts in a discussion moderated by artist and producer Ali Hossaini. This will also be complemented with a curated selection of films chosen by the panelists for delegates, helping to encourage further conversation on how films influence the political context of their time.

To enhance the weekend’s conversation, attendees are invited to partake in authentic cultural experiences including a special Philosophy Walk, under the guidance of a philosophy professor. The three-day program includes further optional activities which aim to introduce participants to the region’s cultural heritage.