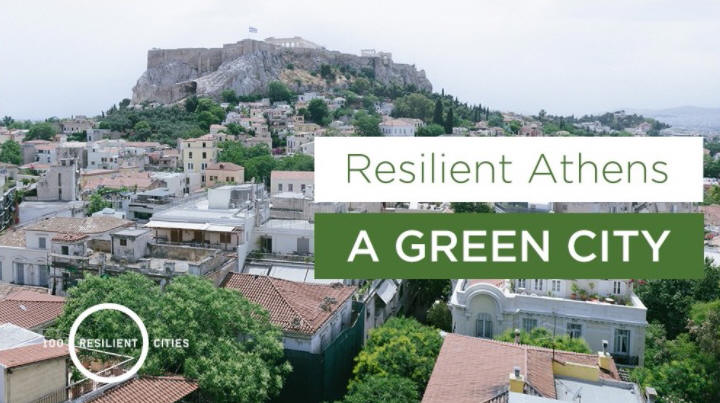 A strategic plan budgeted at 75 million euros aiming to transform Athens into an accessible city and improve the quality of life for its citizens was the focus of a presentation by Athens Mayor Giorgos Kaminis this week.

Kaminis presented the “City Resilience Strategy”, which includes dozens of actions and innovations to be implemented through to 2030 with the aim to foster the conditions for an open, vibrant, proactive and more accessible city that also includes crisis management policies as well as the creation of green spaces, which the mayor said are expected to increase by two percent each year.

The long-term strategy is drawn up in collaboration with the Athens municipality and the 100 Resilient Cities (100RC) network, pioneered by the Rockefeller Foundation and dedicated to helping cities around the world become more resilient to emerging physical, social and economic challenges.

“In recent years, Athens has had to face unprecedented crises, and the municipal authority has struggled to deal with the major social impact of the economic and refugee crisis,” he said.

The mayor went on to mention Athens’ cooperation with the 100 Resilient Cities network.

“Cities must create the means and tools that will aid them in safeguarding their future… Athens’ cooperation with the Rockefeller Foundation’s 100 Strong Cities network produces tangible results for the development of a strategy that maximizes the city’s potential, while proposing new solutions,” Mayor Kaminis said.

The 100 Resilient Cities (100RC) network is an initiative pioneered by the Rockefeller Foundation and is dedicated to helping cities around the world become more resilient to the physical, social and economic challenges that are a growing part of the 21st century.

Addressing the event, Alternate Economy Minister Alexandros Haritsis underlined the need for close cooperation between government and local administration, adding that the government aims to finance municipalities not eligible for European funding from its 1 billion euro Public Investment Program.