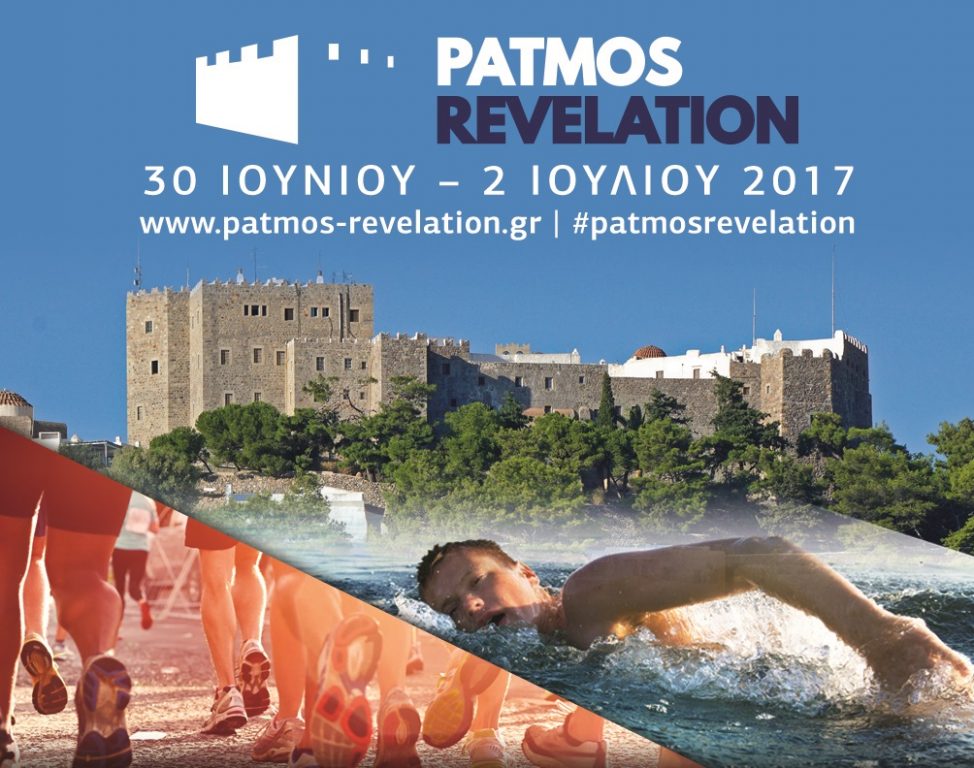 Blue Star Ferries: Up to 50% discount on ferry tickets and extra route to Patmos

The organizers of the 1st “Patmos Revelation” are getting ready to launch the exciting sports tourism event on the sacred Greek island of Patmos from June 30 until July 2.

According to the organizers, registration is still open while many athletes from throughout Greece and countries abroad have already signed up to participate in the swimming and running events.

The Municipality of Patmos is organizing the event in cooperation with the Region of South Aegean and Active Media. The aim of the “Patmos Revelation” is to highlight the element of sports tourism and attract as many tourists as possible to participate and compete in the event and also experience the sacred island’s history.

The program of “Patmos Revelation” includes Kids’ Athletics by the Olympic and World Champion, Periklis Iakovakis on Friday, June 30, at 9am at the football stadium of Patmos. The activity aims to introduce children to the sport of track and field just as it has been developed and established by experts from the International Association of Athletics Federation (IAAF) and is officially implemented in Greece by the Hellenic Athletics Federation (SEGAS) in cooperation with the Greek Education Ministry.

On Saturday, July 1, at 11am, the event’s open water swimming race will be held at Grikos bay. Swimmers will cover the 1 mile (1.6km) distance swimming route. Right before the start of the race a warm-up will be held by the team of the pilates instructor, Mandy Persaki. The safety of athletes will be supervised by Katerini’s Lifeguard School, Lifeguard Patrol.

On Sunday, July 2, running races will be held in the morning with Skala as the starting point. The 15km route, which starts at 8:15am, passes through two UNESCO World Heritage Sites (historic center of Chora, Holy Monastery of St. John the Theologian and Sacred Cave of the Apocalypse). The 5km route starts at 9:00am and the 1km route for children starts at 10:55am at Skala’s seaside.

Rania Rempouli will also be present in the running races. A promising runner, the Greek athlete represented Greece at the Rio Olympics in 2016. In December 2015 she was the 1st Greek woman who crossed the finish line of the “Athens Marathon. The Authentic”.

Press here for the detailed schedule of the “Patmos Revelation” event. To register, press here.

Getting to Patmos
Ferry routes by the event’s official sponsor Blue Star Ferries will offer participants direct access to Patmos. The Greek ferry company has announced an additional route on Thursday, June 29, at 3pm and will offer a 50 percent discount on tickets to participants/athletes and a 30 percent discount to their escorts/family members and vehicles and to those wishing to visit the event and the island between June 26 to July 6.

Attractive packages with several privileges are available to those participating in “Patmos Revelation”. The official travel agent of the event is VitaNTravel and will assist all athletes and escorts with information on ferry routes, ferry tickets, car rentals and accommodation in the island. For more information, press here.

“Vikos” Natural Mineral Water is an official sponsor of the event and will offer athletes the opportunity to cool off with the natural mineral water “Vikos”.

“Patmos Revelation” is supported by Sixt rent a car, which will cover all visitors’ car rental needs with its fleet. Official supporters of the event include Patmos Aktis Suites & Spa and 1001 flights.

Greek Travel Pages (GTP) is among the communication sponsors of the event.