WTTC: Greek Tourism to Remain Robust to 2027, Driver of Economy 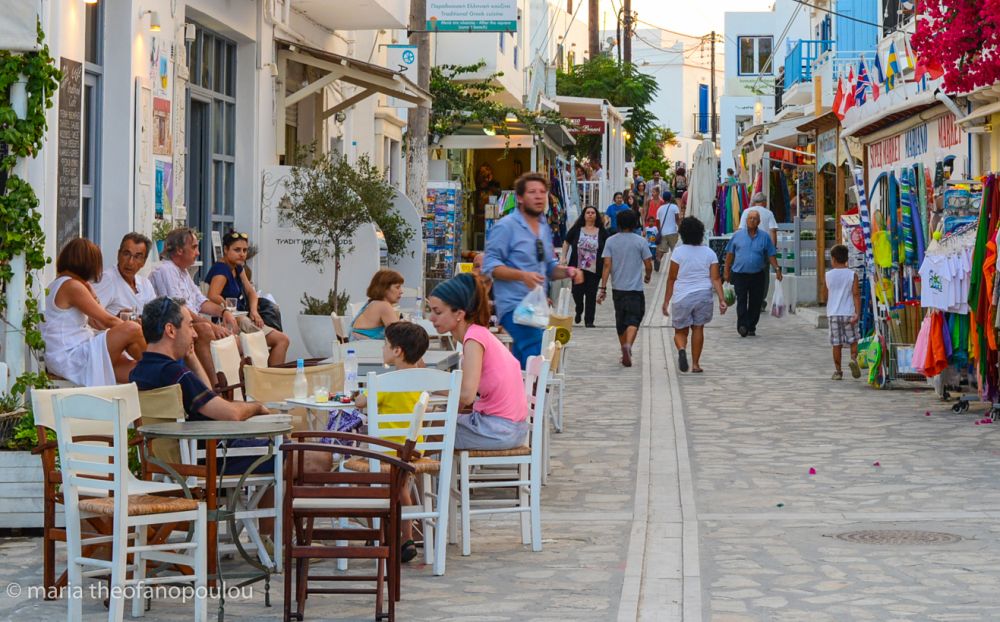 The travel and tourism sector in Greece created 860,500 jobs and contributed 18.6 percent or 32.8 billion euros to the GDP in 2016, according to the World Travel & Tourism Council’s (WTTC) annual Travel & Tourism Economic Impact 2017 report.

For 2017, the WTTC estimates that tourism will boost its contribution to the Greek economy by 6.9 percent amounting to 35 billion euros or 19.6 percent. Tourism will contribute directly or indirectly to employment by 6.3 percent this year supporting 914,500 jobs, while the country is set to receive approximately 26.1 million visitors. 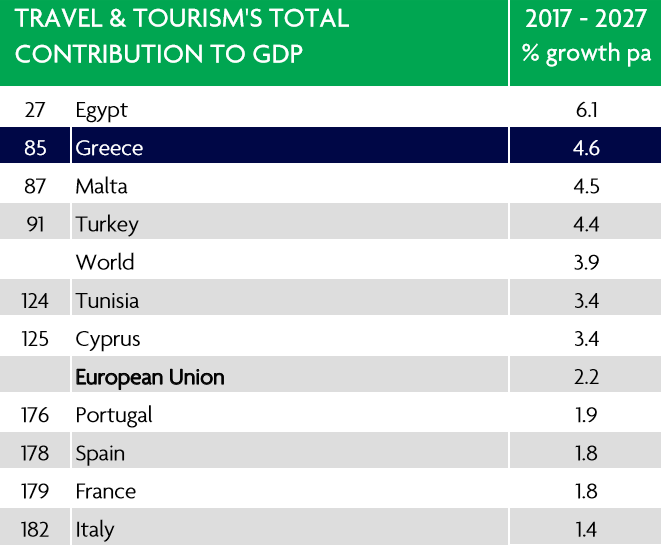 In its report released recently, the WTTC forecasts that the Greek tourism sector’s contribution to the GDP by 2027 will reach 54.7 billion euros or 23.8 percent at an annual growth rate of 4.6 percent.

According to the report, the number of international arrivals to Greece are set to reach 40 million by 2027. Of tourism’s overall contribution to GDP, 62.5 percent is derived from foreign tourist expenditure and 37.5 percent from Greek travelers. Greek traveler spending is projected to rise 2.1 percent in 2017.

Meanwhile, investment in tourism for 2016 came to 3.2 billion euros, accounting for 15.7 percent of total investments made in Greece. In 2017, the sector is expected to attract 6.6 percent more investment with a positive long-term outlook at an annual growth rate of 5.1 percent or 5.5 billion euros. 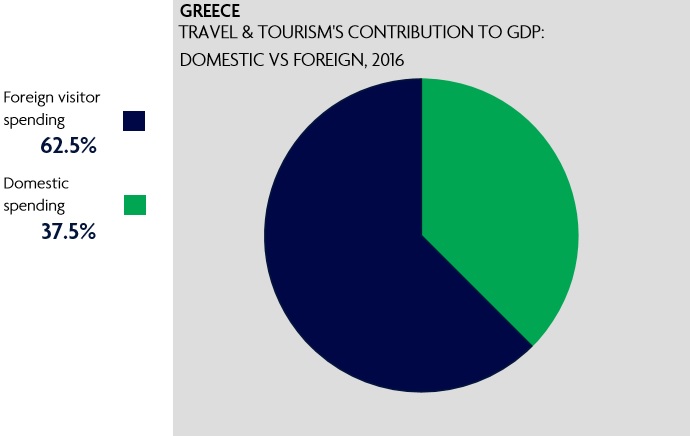 Out of 185 countries, Greece is 40th in terms of total contribution to GDP, 30th for its participation in employment, 29th based on projected growth rate for 2017 and 85th in terms of expected average annual growth for 2017-2027.