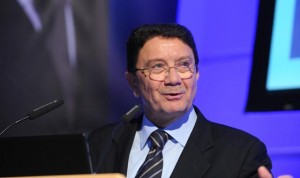 Greece is making excellent progress in tourism, the World Tourism Organization (UNWTO) Secretary General, Taleb Rifai, said to the President of the Hellenic Republic Prokopis Pavlopoulos, during their meeting on Wednesday at the Presidential Mansion in Athens.

“The results are remarkable. And this has to do with the commitment and serious work of the government… I think we can refer to a miracle. A miracle against all adverse conditions where the economic situation and geopolitical conditions have greatly complicated your task”, Rifai said.

During the meeting, the UNWTO’s secretary general applauded Tourism Minister Elena Kountoura’s successful management in reversing the negative climate for Greece, both in 2015 (capital controls) and 2016 (refugee crisis), and helping tourism record historical performances in both years (26 million tourists and 28 million visitors respectively).

Referring to this success, Rifai said that Greece’s example could produce a worthy case study worldwide for crisis management in tourism.

On his part, Pavlopoulos referred to the comparative advantages of Greece in tourism, and underlined that Greek tourism is not only a matter of numbers, but a form of dialogue between cultures.

He also requested Rifai’s assistance for the return of the Parthenon Marbles to Greece and invited him to join the voice of the Greeks in this effort.

Rifai is currently on an official visit in Athens and on Thursday will be the keynote speaker at a conference held to promote Greece as a 365 days a year tourism destination.