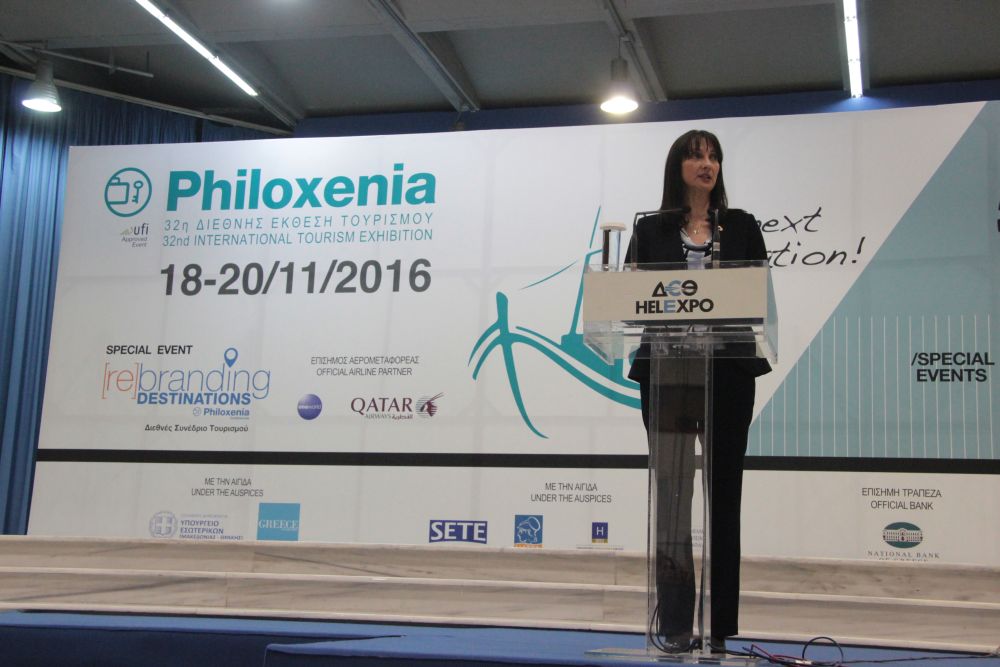 “Together we can take our tourism higher in the coming years. Tourism is a national issue and unites us all”, Greek Tourism Minister Elena Kountoura said, while inaugurating the 32nd Philoxenia exhibition on Friday, November 18, at the Thessaloniki International Exhibition Center.

Referring to Philoxenia as Greece’s leading international tourism exhibition and meeting point for the Greek tourism market and destinations, Minister Kountoura said it marks the beginnings of efforts for the new season.

“From Philoxenia, it is important to send the message that Greece can and will star in the coming years as a global attractive and competitive tourism destination 365 days a year and we are working towards this direction through a specific development plan”, the tourism minister said. 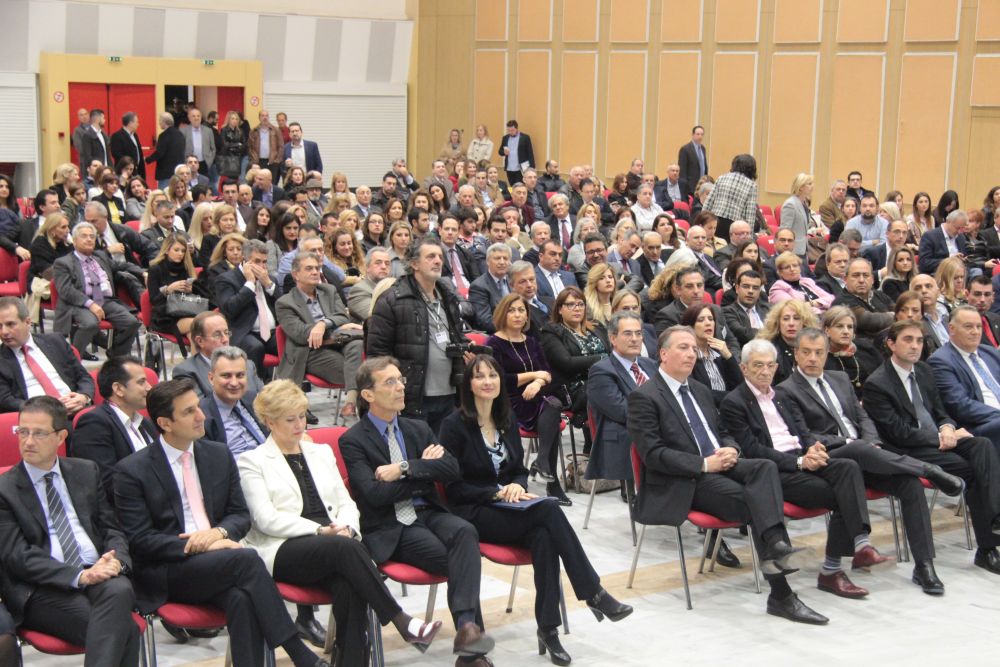 Moreover, during her inaugural speech, Minister Kountoura referred to Greece’s 2016 tourism performance, which she said exceeded the market’s expectations and clearly shows that the country’s tourism season has been extended.

“Our data for the first ten months of 2016, compared to 2015, shows an eight percent increase in international air arrivals, which corresponds to approximately 1.2 million more visitors, a strong momentum in road arrivals and the strengthening of cruise arrivals by 20 percent in the larger ports”, she said, adding that the months of July, August, September and October were “the best months ever” for most destinations in the country.

“Especially in October, a 25 percent increase in the number of international air arrivals was recorded compared to the same month last year, which followed September’s very positive performance”, she said.

According to the minister, Greek hotel occupancy in September reached an average of 85 percent in popular tourist destinations and up to 100 percent in hotels in the center of Athens and Thessaloniki.

“The figures so far clearly illustrate that the season has been extended, something we have achieved through agreements with foreign markets to increase travel packages and extend programs from April to November”, Minister Kountoura highlighted.

One of Greece’s major sector events, to run through to November 20, the joint Philoxenia and Hotelia will be hosting over 621 exhibitors and participants from a total of 24 countries making it the biggest event in the last five years. Some 5,000 scheduled B2B meetings are expected to take place during Philoxenia-Hotelia.

During his speech at the inauguration ceremony, TIF-Helexpo President Tasos Tzikas underlined that with Philoxenia, Greek tourism “finally” has an exhibition it deserves.

A series of parallel events will take place during Philoxenia. Press here for the program.