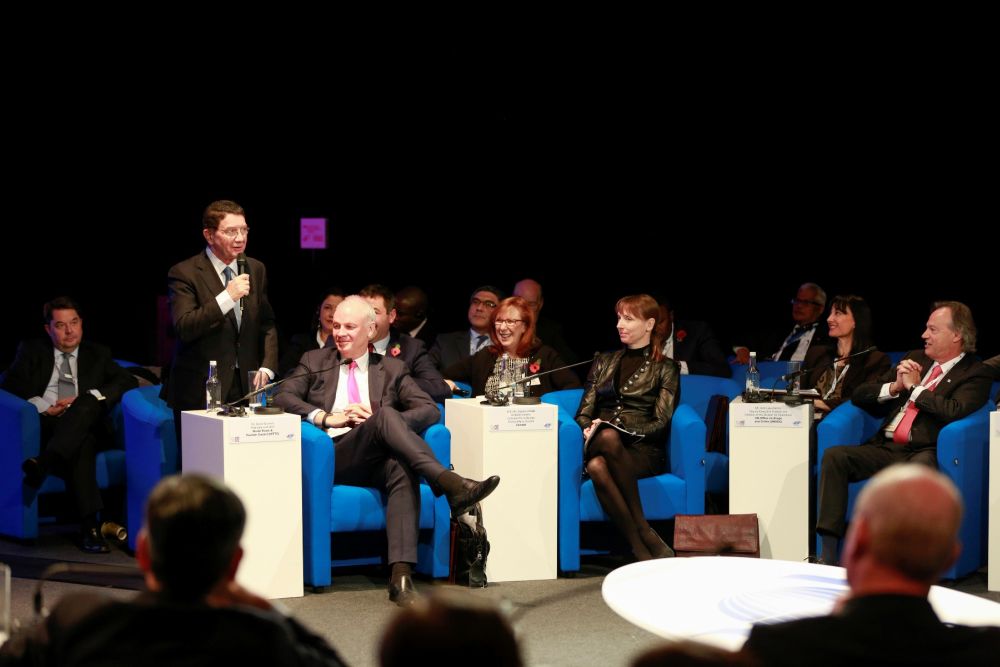 Minister Kountoura was among the tourism ministers and industry leaders from nearly 60 countries that attended the 10th UNWTO & WTM Ministers’ Summit during the recent World Travel Market (WTM) in London. The Summit that this year focused on “Tourism and Security: Promoting Safe and Seamless Travel”.

“This is an exceptional initiative. UNWTO Secretary-General Taleb Rifai believes — just as we at the Tourism Ministry have stated — that tourism brings people together, is a way of communication and plays a key role in building solidarity and peace“, Minister Kountoura told the Greek Travel Pages (GTP) on the sidelines of the Summit.

The event discussed the various risks affecting travel and tourism — health scares, natural disasters, geopolitical changes and terrorism — and called for a full integration of tourism into national crisis and emergency structures.

“It is very important to protect this product that gives us joy, relief and the ability to move forward in our lives and in our activities because holidays are very important”, the tourism minister added.

During the Summit, the lack of a coordinated approach and the need to set crisis management systems were pointed out as the biggest challenges to safe, secure and seamless travel.

Moreover, participants unanimously agreed that “what happens in any destination affects all others” and that as such the international community needs to work further together on travel advisories and increase dialogue between destinations and source markets.

“What Mr. Rifai did was to draw attention to the fact that we must be able to travel safely, with confidence and enjoy our holiday in any country we choose. It is very important to be able to prevent situations. That was the message, that we all need to work together… and see how we can all assist, so that history will mark that the possibility of traveling is everyone’s right.”

During his speech, Mr Rifai announced a series of actions to be undertaken by the UNWTO to support the education of employees in tourism and sensitize the global tourism sector on safety issues.