ITB Asia Cements Commitment to Asia Pacific, Stays in Singapore for Another 3 Years 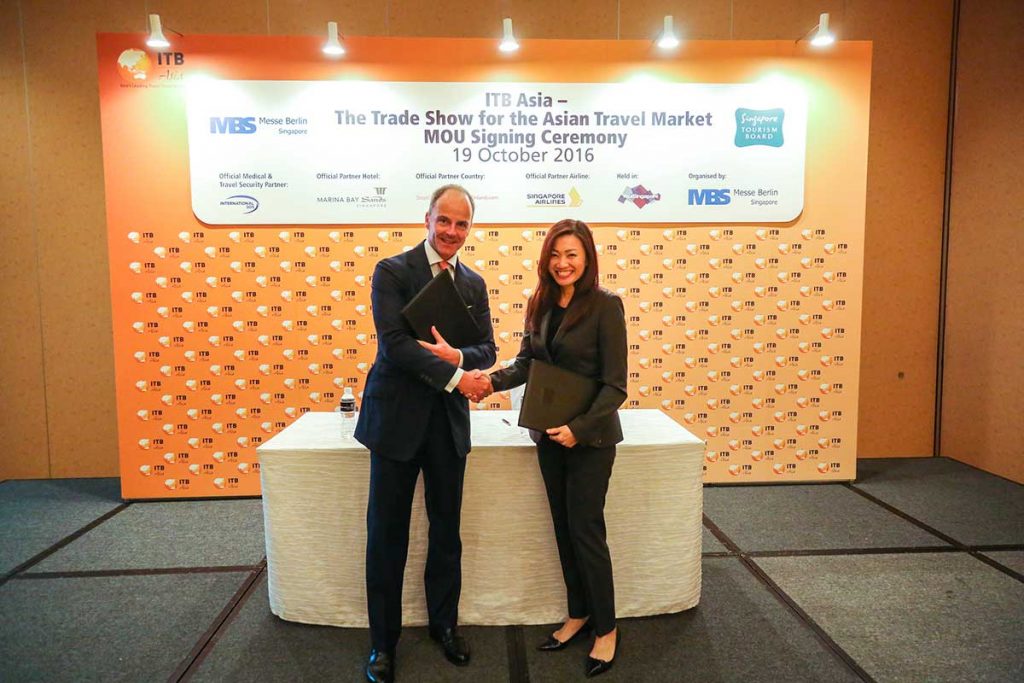 2016 show closed Friday with more than 10,876 attendees over three days

Singapore will continue to be home to the next three editions of the region’s leading travel trade show – ITB Asia.

Messe Berlin (Singapore), the organisers of the event, have announced the extension of its milestone partnership with the Singapore Tourism Board (STB) from 2017 – 2019, as it looks to continue supporting ITB Asia’s impact in the region.

This also marks Singapore as the official partner country for 2017, acting as a platform designed to showcase the best of the country to thousands of travel industry leaders from Asia and around the world.

The ninth edition of ITB Asia came to a close on Friday, October 21, at the Sands Expo and Convention Centre, Marina Bay Sands in Singapore, with 846 exhibitors from 110 countries, and 895 buyers. The show also attracted more than 10,876 attendees.

Delegates and visitors at ITB Asia 2016.

“Next year, ITB Asia will be momentous as we celebrate the show’s 10th anniversary. Visitors, delegates and partners can expect a dedicated ‘Corporate Travel Day’ and ‘Hotel Day’, lined up with an exciting full day of conference programmes catered to these fast-growing sectors”, said Dr. Martin Buck, Senior Vice President, Messe Berlin GmbH.

According to Buck, the partnership with STB came at an opportune time. “We are extremely pleased to be working in collaboration with them to boost our efforts in continually making ITB Asia the region’s go-to think tank and networking platform for all players in the travel value chain”, he added.

“We share a common vision with Messe Berlin for ITB Asia, which is to create opportunities for the Asia-Pacific travel trade industry to collaborate and grow,” said Ms. Melissa Ow, Deputy Chief Executive of the Singapore Tourism Board (STB).

“ITB Asia has grown well since its inaugural show in 2008, delivering strong content and memorable experiences for delegates over the past nine years. We look forward to working with Messe Berlin to further entrench it as the leading travel tradeshow in the Asia-Pacific region.”

The Greek Travel Pages (GTP) was a media sponsor of ITB Asia 2016.