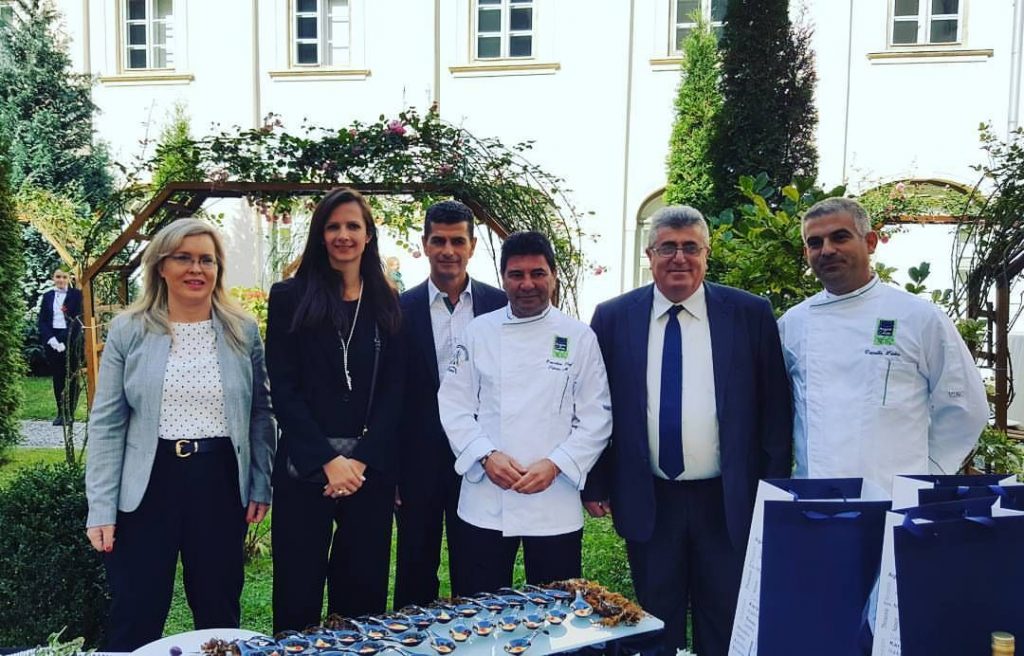 The “European Region of Gastronomy 2019” title was recently recommended to be given to two bidding regions, South Aegean in Greece and Sibiu in Romania. The announcement took place in late September at the Brukenthal Museum in Sibiu, after the two regions presented their bid books and prior to the 9th European Region of Gastronomy Platform Meeting.

The presenting of the bid books was the final stage in fulfilling all of the strict criteria set by the International Institute of Gastronomy, Culture, Arts and Tourism (IGCAT) for the award of the title. According to IGCAT, the presentation of the bid book is the most crucial phase in the title claim process.

“By recognizing gastronomy’s catalytic role in the enrichment of the tourist product, we are working methodically to enhance the gastronomic wealth of our islands as an integral part of the South Aegean’s culture and identity”, said Filimon Zannetidis, Vice Governor of Primary Sector Regional Policy while presenting the region’s bid book.

Winning the title of “European Region of Gastronomy 2019” could highlight and give international exposure to the quality food offer of the Aegean islands.

The international jury, comprising of IGCAT experts, was impressed with the work undertaken by both the South Aegean and Sibiu in preparing and presenting their bids and remarked that they had both managed to integrate the different focus areas of the European Region of Gastronomy very well into their programme; had obvious gastronomic strengths on which to implement their programmes; had shown a strong commitment from the regional partners to the programme; and had a good stakeholder base with representatives from public, private, third sector and universities.

Strategic partners of the South Aegean Region in its claim of the title include the Harokopeio University, the Rutgers University in the USA – that aims to highlight the Aegean diet – and the University of Bergamo in Italy. The South Aegean’s candidacy is supported by the Sympossio Greek Gourmet Touring. Ambassador of the candidacy is renowned Greek chef Arghiro Barbarigou.

IGCAT’s board will approve the jury decision in November 2016 and an official award ceremony will take place in early 2017.

Two Athens Bars Among Best in the World