The strong last minute demand in bookings to Greece in July indicates a very good tourism season for the next quarter, considering that something unexpected does not occur, Greek Tourism Confederation (SETE) President Andreas Andreadis said on Twitter on Thursday.

Andreadis cited Amadeus figures for Greece in July (seen below) which confirm the strong last minute bookings trend from most European markets except France and Belgium.

In another tweet, Andreadis reminded that demand is not the same for all of Greece’s destinations, as some are facing “some particular problems”.

SETE’s goal by end-2016 is for the total number of international arrivals to meet a target of 25 million (six percent increase) and tourism revenue to reach 14.55 billion euros (a 6.4 percent increase). 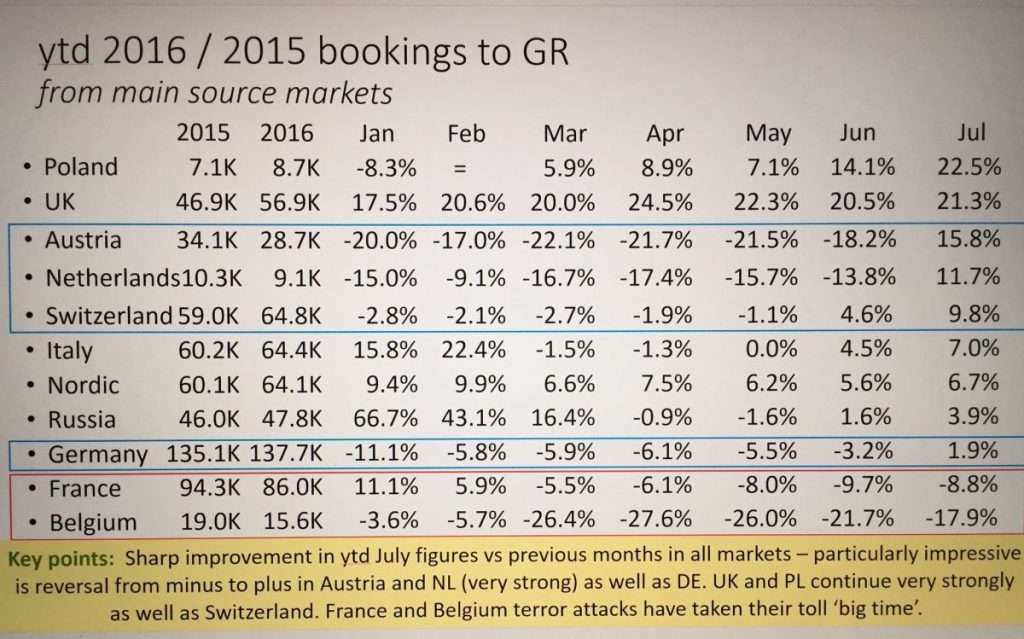