Cruising the Mediterranean & Challenges for 2017 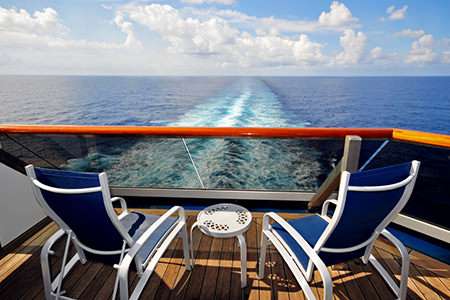 Terrorism, capital controls, the economic crisis, the refugee influx, Brexit and the Turkey coup last week have forced cruise companies to change their itineraries for 2017 cutting out many Mediterranean destinations.

Sector insiders say incoming tourism to Greece via cruises has been saved for 2016 as many of the luxury liners took shelter in and around the country in the last few months.

Many companies however have changed their programs for 2017: Royal Caribbean and Celebrity have withdrawn one ship each from the region and are looking into cancelling two more. Costa and AIDA cut their capacity by half and shortened their routes with planned calls to Mediterranean ports reduced by 50 percent. Wind Star is planning to do the same.

To add insult to injury, the Greek government’s recent decision to stop issuing two-day visas to Turkish nationals wishing to cruise the Aegean next year will further exacerbate the problem, explains Theodore Kontes, president of Union of Cruise Shipowners and Associated Members (EEKFN).

Mr Kontes underlines that though Greece may be temporarily benefitting from the current changes, the future is expected to be bleak with companies and tour operators opting for safer, more peaceful destinations, more likely in Asia.