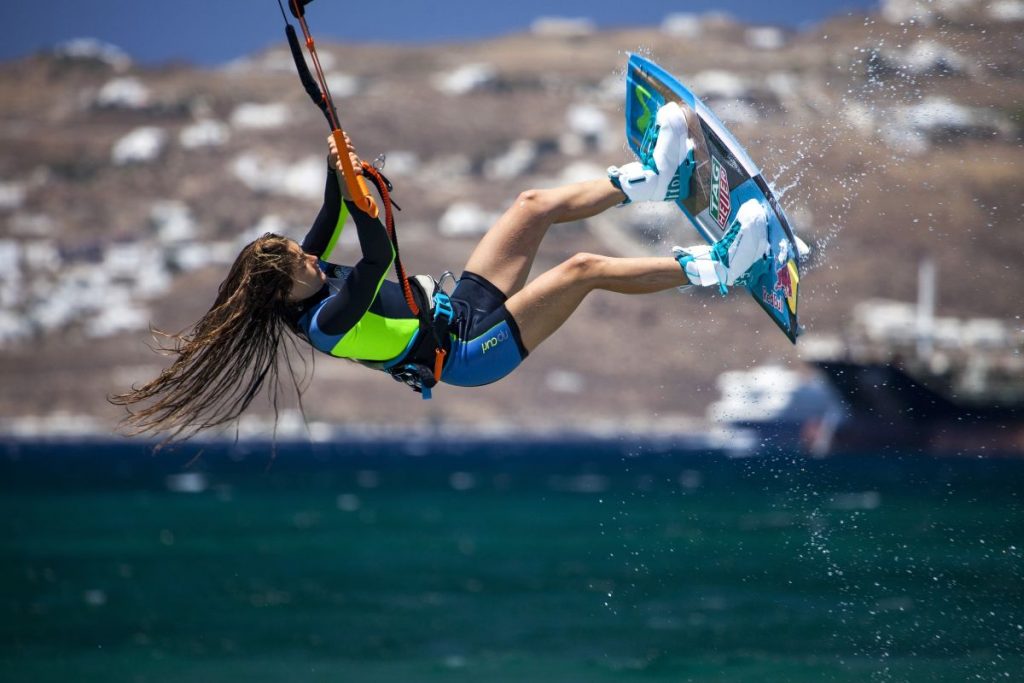 The youngest freestyle kitesurfing champ, Spain’s Gisela had the chance to visit Mykonos and the surrounding islets and share the secrets of her sport with 10 Greek kitesurfing athletes as well as with a media team.

A HotelBrain facility, Mykonos Waves Beach House & Suites at Korfos hosted Gisela and offered its hospitality and facilities for the needs of her stay.

“The island of Mykonos is considered an up and coming kitesurfing destination and I was delighted to have met these Greek women athletes, who love sports, training and are eager to learn new tricks and to practice freestyle, like me,” said the 22-year-old Gisela.

For three days, Mykonos’ “kitesurfing side” was promoted through the social media channels of Red Bull and Gisela. The event aimed to show that Mykonos, regardless of its cosmopolitan reputation, is an ideal destination for water and extreme sports lovers. The Mykonos Waves Beach House & Suites also received extensive publicity through Hotelbrain’s partnership with red Bull.

Founded in 2009 and initially based on the island of Santorini, HotelBrain currently manages over 110 hotels in more than 35 destinations in Greece, Lebanon, Cyprus, Turkey, Serbia and Montenegro.

‘Art by Heart’… for the Passionate on Show at Hydra