Volotea Ready to Connect Athens with Mykonos and Mytilini 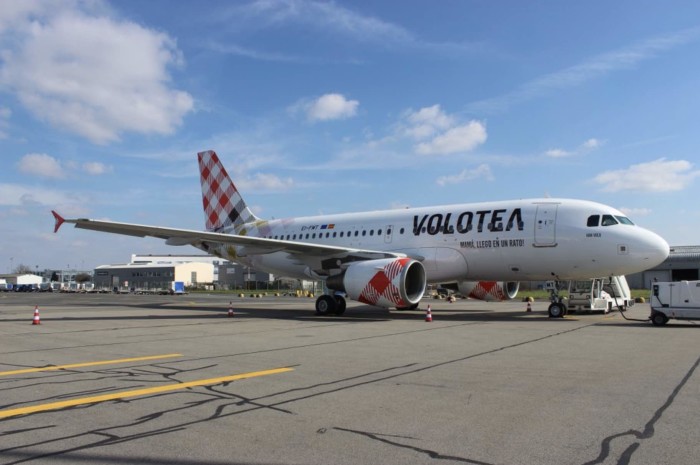 Ioanna Papadopoulou, director of communications and marketing of the Athens International Airport, with Carlos Muñoz, CEO and founder of Volotea. Photo: GTP

Volotea, the Spanish short and medium haul airline linking small and medium sized cities, is getting ready to launch routes from Athens to Mykonos and Mytilini (Lesvos) this month.

The routes will launch on May 27 and run until October. On each route Volotea will offer three flights per week, every Monday, Wednesday and Friday; 110 flights; and 13.750 seats.

A low-cost airline, Volotea started its operations from Athens on April 3, 2015, offering five routes (Bari, Santorini, Palermo, Pisa and Venice) with 460 flights and 57.380 seats. With the addition of the routes of Mykonos and Mytilini, the company is increasing by 66 percent the number of flights (764) and seats (95.500) offered from Athens.

“Having operated in Greece successfully since 2012, now we will be able to offer two new routes from Athens, offering an increase of seats over 60 percent this year”, Carlos Muñoz, CEO and founder of Volotea, said during a press conference in Athens on Thursday.

In total, this year Volotea will be operating six routes from Athens to Bari, Mykonos, Santorini, Mytilini, Palermo and Venice.

“We are very satisfied to keep growing in the Greek market and we hope to see Athenians on board this summer to enjoy the two new destinations that we will be offering to them”, he added.

New base in Athens?

During the press conference, Mr Muñoz informed Greek journalists that the company is very interested in opening a base in Athens.

“In three to four years from now, I can see us serving more than 20 destinations from Athens”, he said.

On her part, the director of communications and marketing of the Athens International Airport (AIA), Ioanna Papadopoulou, expressed the airport’s delight with the start of Volotea’s flights to the domestic routes out of Athens.

“Athens’ market has been developing rapidly within the last two years demonstrating double-digit traffic increases and Volotea’s contribution to this success with its trust and investment, is truely substantial”, she said at the press conference.