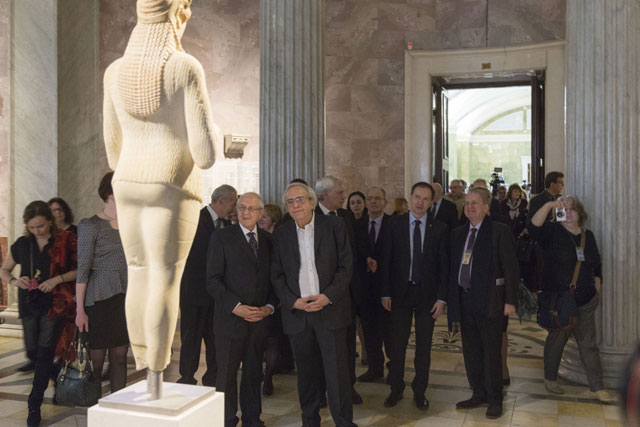 An imposing statue of the archaic Kore 670 is the center piece of the newly launched ‘Greece in Russia’ events at the State Hermitage in St Petersburg.

Within the “Cross-year Greece and Russia” events, the exhibition was inaugurated last week by Culture & Sports Minister Aristides Baltas. 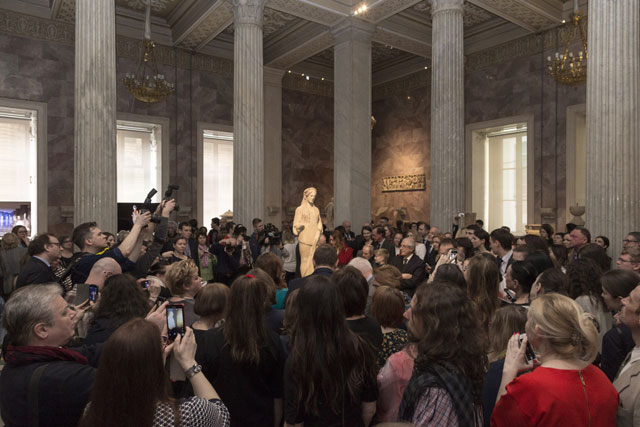 Ahead of the show, Mr Baltas met with St Petersburg Governor Georgy Sergeyevich Poltavchenko to discuss bilateral relations between the two countries. The two men discussed ways to boost Greece – Russia ties as well as actions to be developed during the cross-year in that direction. They also discussed current affairs including the Middle East crisis and the normalization of relations between the European Union and Russia.

In the meantime, other “Greece in Russia” related events include the “Week of Greece in Kuban” show which ran in Krasnodar, southern Russia, last week. The Greek National Tourism Organization office in Russia co-organized the event.

The series of parallel events for the cross-year festivities have been scheduled to take place in Moscow, St Petersburg and other Russian cities, as well as across Greece, and include exchange of art and archaeology exhibits, economic forums and conferences as well as cultural, educational and tourism initiatives.