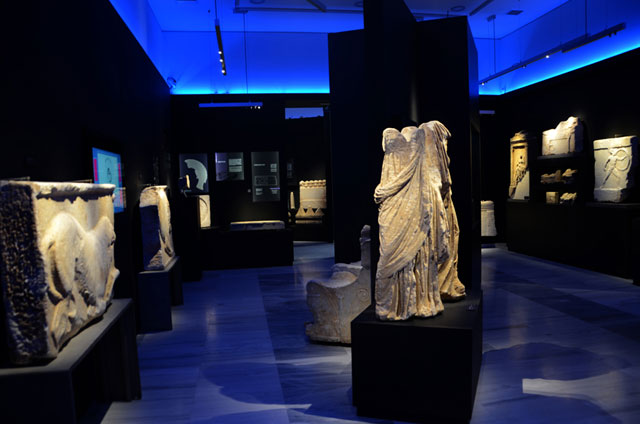 The EMYA 2016 award went to POLIN: Museum of the History of Polish Jews, Warsaw, Poland.

Held for 39th time, the EMYA was presented at the 2016 Award Ceremony held in San Sebastian, Spain, in collaboration with TOPIC, Tolosa’s International Puppet Centre, on Saturday, April 9. The ceremony was attended by over 200 people from 29 European countries.

“The Judges were impressed by the museum, which uses the rise of the polis, the city-state, as its central theme, exploring the significance of Tegea and the neighbouring archaeological site of the Temple of Athens Alea. The Museum, located in the heart of ancient Arcadia, has placed the visitor at the centre of its thinking with integrated, state-of-the-art electronics, offering a coherent interpretive strategy and a clearly structured narrative”, it is noted on the Special Commendation.

The award was received by the head of Arcadia Antiquities, Dr. Anna Vasiliki Karapanagiotou Economopoulou and archaeologist Grigoris Grigorakakis.

The EMYA is awarded to a museum that has attracted and welcomed its visitors using high museum standards and innovative approaches. The award values museums whose development and innovation in terms of communication, presentation and interpretation have impacted museum standards within Europe.

This year, 49 museums from 24 countries took part in the European competition. The Museum of Typography in Chania was also a nominee.