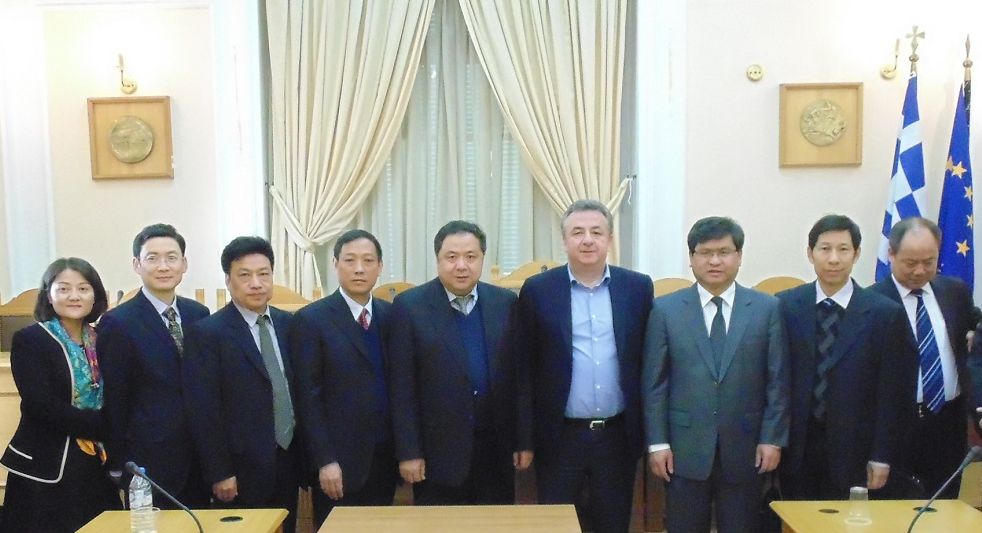 The interest was shown by a high-level delegation of China, led by the deputy governor of Hubei Province XuKezhen, while visiting the Region of Crete on Monday.

During the meeting, Mr XuKezhen expressed his admiration for the history, culture, and natural beauty of Crete and estimated that the next decade will see a rapid increase in Chinese tourists in Europe and Greece.

On his part, Mr Arnaoutakis noted that there is a close cooperation between the region and the Embassy of China in Athens.

“However, what we seek is efficient agreements from the Chinese side in connection with exporting Cretan products in the Chinese market”, he said.

“What also interests us is that there may be positive developments in relation to the increase in tourism from China to Crete,” Crete’s prefect added.

The representative of the Chinese entrepreneurs Wen Zhengfn informed Mr Arnaoutakis on China’s interest in importing Cretan products, especially olive oil and wine for which Crete is famous for.

“We are also interested in tourism and we are optimistic that our compatriots will prefer Greece and Crete for holidays in the coming years”, he added.

Hubei is a province of the People’s Republic of China in central China with a population of some 57 million inhabitants.