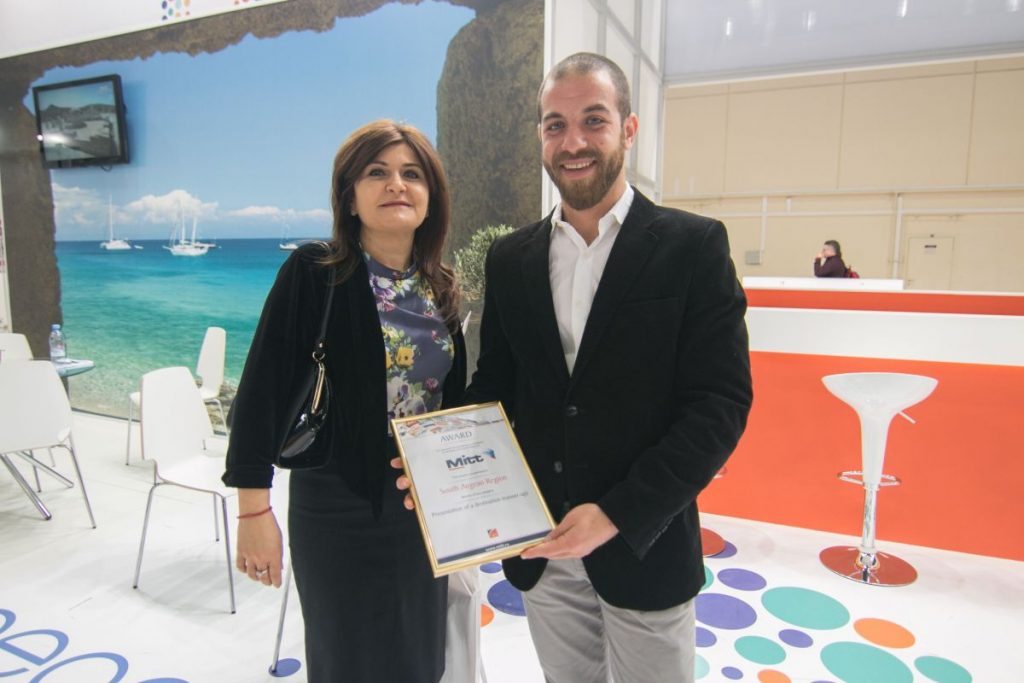 The South Aegean Region’s tourism efforts are paying off with local authorities picking up the “Newcomer Award” at this year’s MITT tourism fair held in Moscow over the weekend.

Besides teaming up with international news network CNN to promote the islands via an impressive televised campaign which was launched during the WTM London last year, the South Aegean Region – consisting of the Cyclades and the Dodecanese islands  – has also been participating in a series of international tourism fairs to promote the region’s diverse offerings.

In the meantime, the Greek National tourism Organization (GNTO) is expecting tourism influx from Russia to pick up pace following the conflict with Turkey, which was a preferred destination last year, and the bombings in central Europe.

“For 2016, there is an advantage and a number of additional factors that we should utilize, such as the restriction of destinations that were once main options for Russian tourists (Turkey, Egypt), which means a redistribution of tourism flows,” GNTO General Secretary Dimitris Tryfnopoulos said in Moscow.

The Greek Travel Pages (GTP) lent its support to the MITT 2016 as a media partner.

Air France Makes a Difference on the Web, Scoops up “Travel d’Or 2016” Award