Following the cut, a family of four (with two children under 16) will save £26 on flights to Europe and £142 on flights to long-haul destinations such as the USA, Thailand and Australia.

“The abolition of APD on flights for children and teens under 16 is undoubtedly good news for holidaymakers”, Mark Tanzer, the chief executive of the Association of British Travel Agents (ABTA), said in a statement on Thursday. 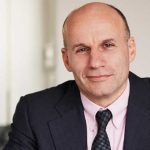 “However, whilst families will see welcome savings, APD in the UK remains one of the highest taxes of its kind anywhere in the world.”

Both cuts were announced in the Autumn Statement in 2014 and are a result of a ‘Scrap the Tax on Family Flights’ initiative, which was launched by A Fair Tax on Flying, of which ABTA is a member.

“ABTA, along with other member of the Fair Tax on Flying, continues to call for a reduction in APD to at least half the current levels to ensure the whole country benefits from a fairer tax on flying”, Mr Tanzer added.

ABTA has underlined that a fairer tax on flying is a win for businesses and a win for everyone having an annual holiday abroad.

With significant savings on longer flights for children, bookings to family favourite Florida are up 13 percent over two years, perhaps partly boosted by the abolition of APD. Additionally, bookings to the Caribbean are up 29 percent for this summer.

Children travelling in any class other than economy remain chargeable passengers, and APD will be due.

Most airlines and travel companies have refunded or will refund APD on flights for under 16s that were booked and paid for before the reductions come into effect. Holidaymakers should contact their travel company or airline to find out more.

With Eye on Russia, Ministry Simplifies Non-Schengen Visa for Greece