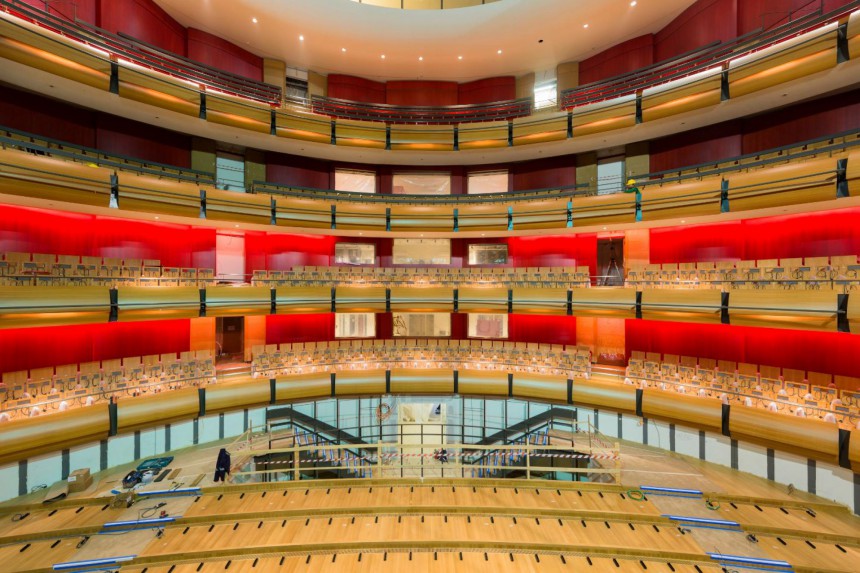 The Stavros Niarchos Foundation Cultural Center (SNFCC), one of the country’s largest infrastructure projects to house the Greek National Opera, a two-million-book National Library and the 170,000m2 Stavros Niarchos Park on the Faliro Bay shoreline, will be complete on March 31, handed over to the state in the coming months and ready to welcome visitors at the beginning of 2017.

Media were given a sneak peak on Monday, of the construction works underway inside the 566-million-euro SNFCC, which has been designed by Italian architect Renzo Piano, who is also behind the Georges Pompidou Center in Paris.

During the 61st regular assembly of the State’s Special Advisory Committee with the Stavros Niarchos Foundation (SNF), which was live-streamed via the SNF website, media representatives had the chance to pose questions to the members of Committee as did the public.

“The SNFCC is now nearing completion and within the coming months we will be in a position to deliver the project to its final owner: Greek society,” said Andreas Dracopoulos, SNF director and co-president.

“The SNFCC was designed, constructed and will soon be completed based on the needs of Greek society and, in particular, due to its uncompromising potential for growth. It is a contemporary project which introduces a new model of collaboration between the public and private sectors, with society playing, even in the early stages of construction, an active role in shaping its identity.”

EU Ruling: Airlines Must Pay Up or Be on Time