Tourist Arrivals from Iran to Greece Expected to Soar in 2016 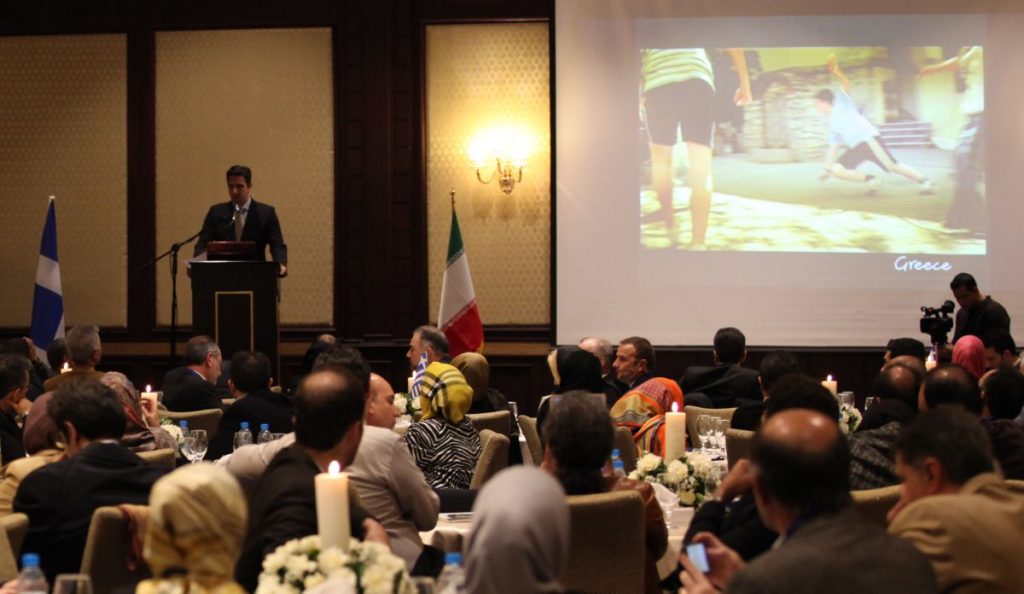 During the second Greek Tourism Workshop in Tehran, the secretary general of the GNTO, Dimitris Tryfonopoulos, analyzed the features of Greece that are sure to appeal to Iranian tourists such as shopping, nightlife-entertainment, Greek islands, gastronomy, cultural routes, family activities, all inclusive programs, etc.

The number of visitors from Iran to Greece could soar to more than 20,000 this year if visa procedures are improved, Iranian travel agents said on Tuesday during the second Greek Tourism Workshop that took place in Tehran on the sidelines of the Tehran International Tourism Exhibition (TITE).

The workshop, organized by Tourism Today Events and Mideast Travel, aimed to introduce Greece and its hotels to travel professionals of Iran and boost the flow of high-income visitors to the country. The workshop attracted 167 Iranian travel agents and tour operators.

During the workshop, Iranian travel agents said that this year they expect a rapid rise in requests for trips to Greece.

In 2015 some 3,000 Iranian tourists visited Greece and this year travel agents are expecting demand to reach five-digit figures — over 20,000 visits — if visa procedures are improved.

According to the Greek Embassy in Tehran, the visa process has in fact become more convenient for applicants.

Moreover, during the workshop, Aegean Airlines expressed interest to conduct daily flights from Tehran to Athens during the summer.

Iranian carrier Mahan Air is also expected to increase flights to Athens during the summer season and is examining the possibility of launching direct flights to Crete, Rhodes and Thessaloniki.

Iran Air, which has added a total of 114 new aircraft to its fleet, is also said to be considering to enter the Greek market.

Also present were representatives from the regions of the Peloponnese and South Aegean, who presented their destinations to the Iranian professionals.

Bidding Process for Crete’s Kastelli Airport Extended to May 6