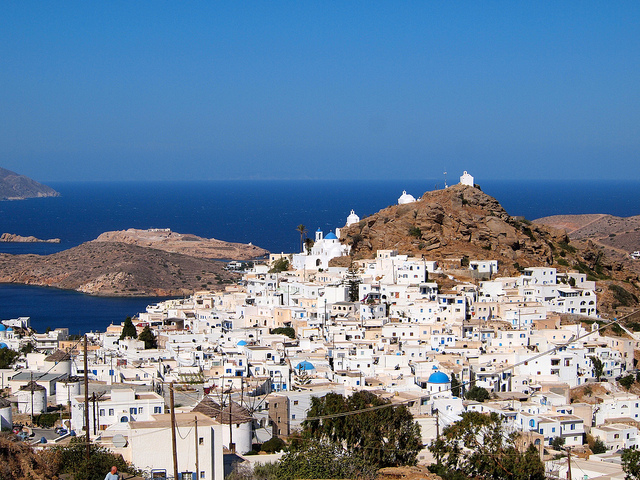 On the back-burner since 2014, a massive tourism project set to be erected on the Cycladic island of Ios by a Greek-American millionaire has received the go-ahead following a recent ministry decision, according to financial online daily Capital.gr.

Angelos Michalopoulos, a former Wall Street futures and options trader, can now move ahead with his ambitious plans to build a coastal resort in the Koumbara-Diakofto region of Ios through his company 105 Anonymous Tourist Company Real Estate Development.

According to reports, Mr Michalopoulos will be expected in less than a month’s time from the signature of the contract to hand over a total of 154,4 thousand euros for the first year exploitation of the seashore, beach and coastal area.

As part of the deal, the investor will be expected among others, to construct an operational connection between Cape Diakofto and the mainland, breakwaters, artificial beaches in the Maniata and Koumbara bays, coastal platforms and a desalination unit.

According to media reports, the Greek-American investor has since 2003 purchased over 30 percent of the island and has planted more than 60,000 trees across his properties.

The 18,000m2 tourism complex will include a 5-star hotel, tourist residences and a rejuvenation center with a total capacity of 249 beds. The project is set to cost approximately 50 million euros and estimated to be completed by the end of 2017.

A Cornell University graduate, Mr Michalopoulos has vacationed on the island of Ios with his family for over a decade and his since 2009 established his company 105 A.E.