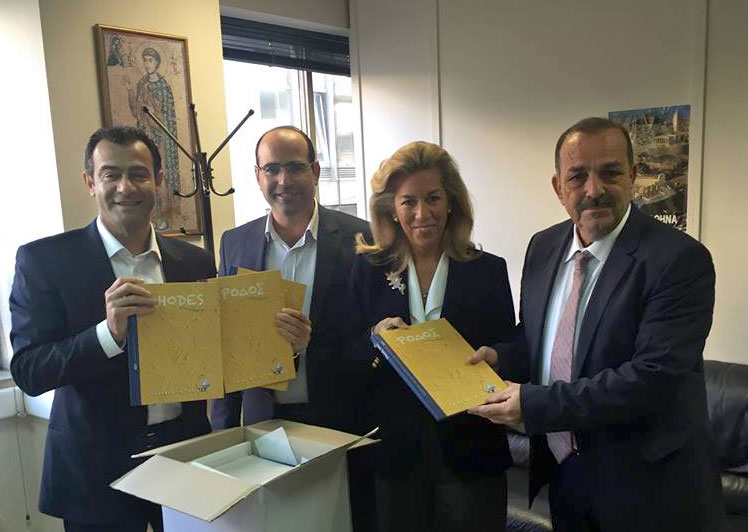 Rhodes is officially in the running for the title of European Cultural Capital 2021, after municipal authorities submitted the Dodecanese island’s bid last week.

Rhodes Mayor Fotis Chatzidiakos described the bid as a “journey that has just set off from its first port”.

“This is the result of painstaking work done over many months… Rhodes aims to establish itself as an influential destination historically, one of intellectual development in the sciences and the arts, and as a center of dissemination of European ideals,” the mayor added.

“At the moment, the world is observing Greece and Europe as a whole struggling with massive issues: immigration, refugees, religious dogmatism and extremism, conflicts and economies of different speeds. It is vital that Europe regain its credibility as a strong economic center and one of compassion,” Mr Chatzidiakos said.

Deputy Mayor of Culture Terry Hadjioannou added that Rhodes is called on “to reverse the image of a Greece connected to financial destruction, exhausted social fabric and low esteem”.

The European Capital of Culture institution was founded in 1985 by former actress and then-Greek Culture Minister Melina Mercouri. On the Greek side, Athens, Thessaloniki and Patra have served as European capitals of culture in 1985, 1997 and 2006, respectively.

Among the Greek cities vying for the 2021 title are Mytilene, Ioannina, Larissa and Delphi. The winning city will be announced in 2016.

Santorini: Mayor Presents Plan to Draw Visitors All Year Round