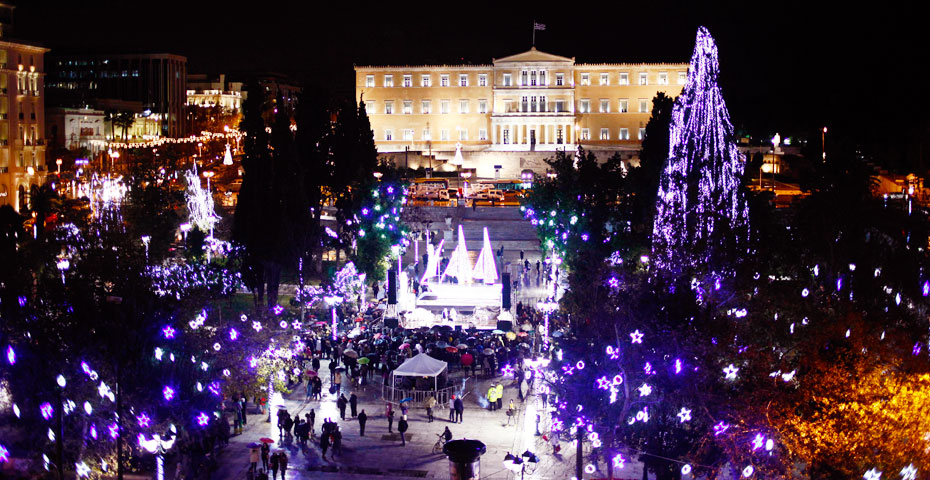 Mark your calendars for the new date on Tuesday, November 24, at 7pm at Syntagma Square.

On Tuesday, Athens Mayor Giorgos Kaminis will give the signal for the official illumination of the city center and welcome in the holiday season.

Festivities will kick off at 5:30 pm with a music tour by two groups of the Athens Municipality Philharmonic Orchestra that will start from Ethnikis Antistasis Square (former Kotzias Square) and Monastiraki metro station. The groups will then meet up at Syntagma Square to welcome Athenians and visitors.

At 7pm, Athens Big Band will feature Greek singer Sakis Rouvas who will make a special appearance at Syntagma Square and perform songs dedicated to Paris. His performance will accompany the official illumination of Athens city center.

The children’s choir from the Leontio Lyceum of Nea Smyrni will also participate in the celebrations.

After the lights have been turned on, at around 8pm, DJs will take over and carry on the festivities until late.