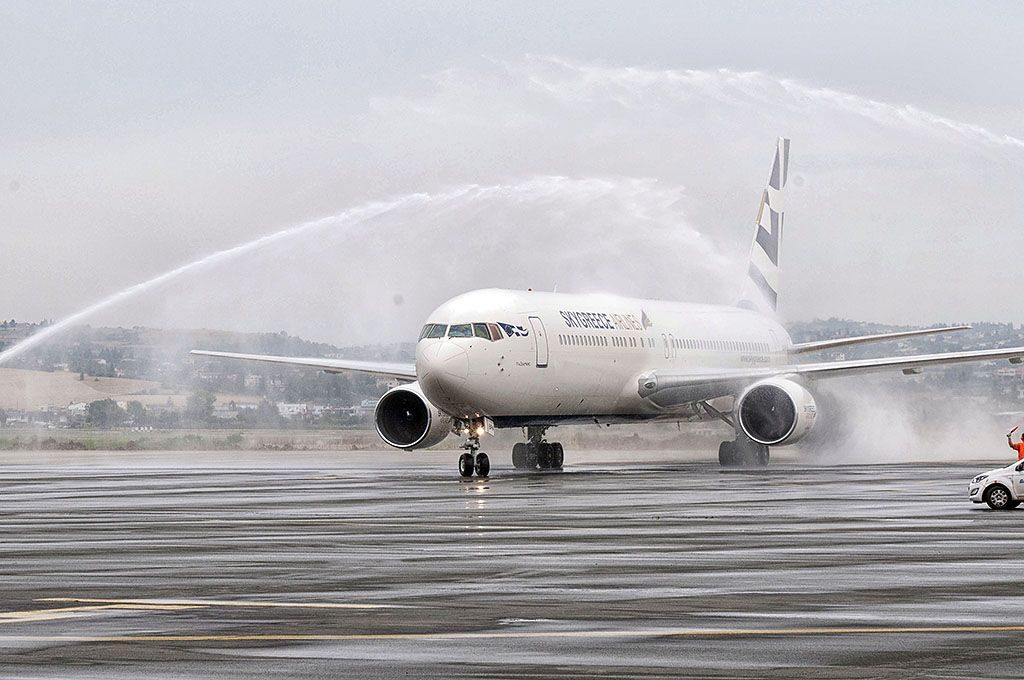 The water salute in Thessaloniki SKG of “Taxiarhis” 767-300ER to mark the inaugural flight from Thessaloniki to Toronto via Budapest.

Skygreece Airlines held a ceremony at Thessaloniki International Airport on Thursday to mark its inaugural flight from Thessaloniki to Toronto via Budapest.

SkyGreece is a new Greek airline that offers non-stop flights between Greece and North America to ease the connection for the Greek diaspora with their homeland. The airline started its North America operations on May 23 with direct flights between Athens, Thessaloniki, Budapest and Zagreb and Montreal and Toronto.

The Thessaloniki – Budapest – Toronto route will operate every Thursday, linking Northern Greece with Canada. The flight will be carried out on a Boeing 767-300 ER named Taxiarhis (274 seats).

The ceremony at Thessaloniki Airport was attended by the Canadian Ambassador in Athens Robert Peck, the governor of the Region of Central Macedonia, Apostolos Tzitzikostas, many representatives of the local government and the city’s tourism professionals.

During the ceremony, SkyGreece founder and chairman Father Nicholas Alexandris said that to date flights between Montreal, Toronto and Athens had 92 percent occupancy.

The flights will be operated by Airbus 330-200 of Bulgarian airline BH Air, through a wet-lease agreement. A strategic alliance between SkyGreece and BH Air was launched in April. 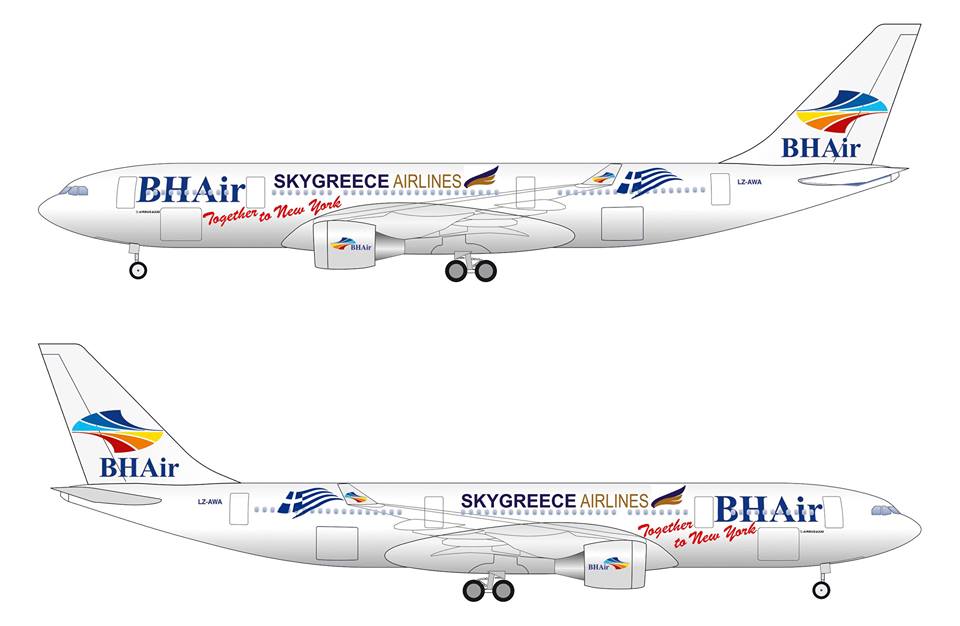