Borajet to Connect Turkey with Rhodes, Mykonos in June

Turkey-based carrier Borajet Airlines announced on Friday, the launch of three weekly direct flights from Istanbul to Rhodes and Mykonos in June.

The first summer flight on June 18 to Rhodes will transfer Turkish tour operators to the largest Dodecanese island, where they will meet with local authorities and sector professionals to discuss further collaborations. At the same time, as part of the regional authority’s action plan to increase the number of Turkish travelers to Rhodes, tourism reporters and journalists will also be visiting the island.

The routes will be operational through to September. In the meantime, Borajet representatives said they were looking into adding direct flights from Istanbul to the neighboring island of Kos and Santorini in 2016, and added that the company is also planning flights from Antalya, Ankara and Adana in Turkey to Kos. 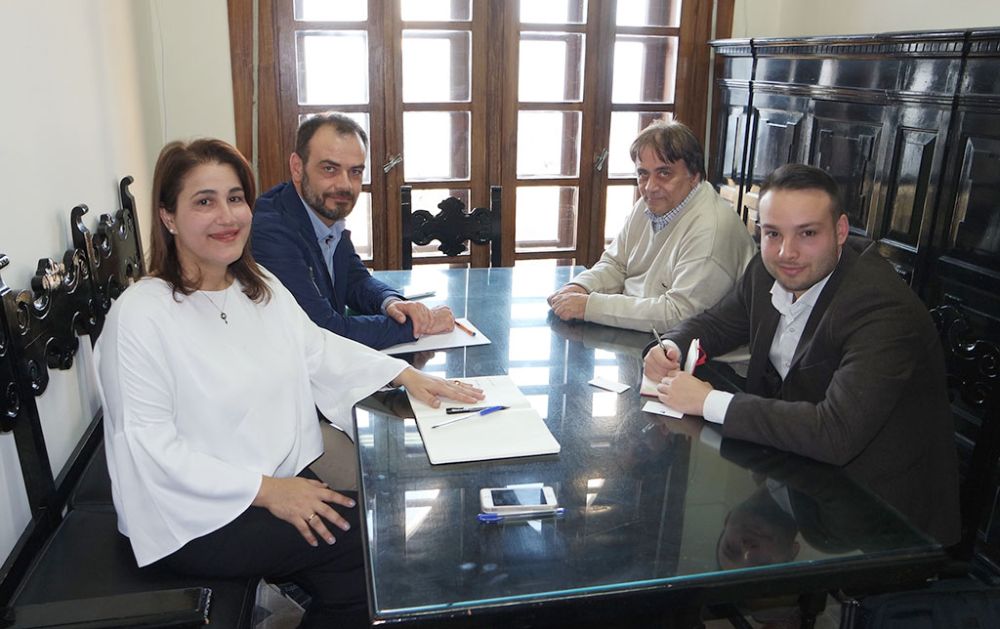 The vice governor of tourism of the South Aegean Region, Marieta Vakiani Papavasileiou, in a meeting with Borajet representatives.

Borajet Airlines was established in 2008 with a new approach in regional air transportation in Turkey.  The company, which now collaborates with Turkish Airlines, owns 16 aircraft that serve 3,000,000 passengers annually. Borajet has acquired Embraer 190 jets as part of a significant fleet development upgrade that extended its flight network in 2014.