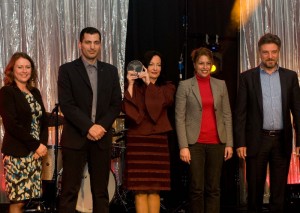 Taking place during the Routes Europe Networking event, the annual Routes awards are highly regarded as the most prestigious awards in the industry as they are voted for and judged by the airline network planning community.

This year, Athens Airport came in first in the 4–20 million passengers category for its full support to its airline partners.

AIA’s communications and marketing director, Ioanna Papadopoulou, thanked the airlines for their vote of confidence in Athens Airport. 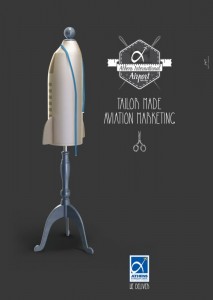 Athens Airport’s campaign for this year is entitled “Tailor made aviation marketing” and aims to foresee the needs of airlines and correspondingly adjust its strategy so as to support their development plans and activity in the Greek market in the most effective way.

“By providing innovative and integrated airport marketing programs, both during the long period of crisis and now that the aviation market is clearly recovering, we work closely with our airline partners while highlighting our destination, Athens“, she said.

The overall winner of the 2015 Routes Marketing Awards was Brussels Airport, which also scooped up the award in the over 20 million passengers category. The under 4 million passengers award went to City Airport Bremen for the second consecutive year. Shortlisted for the first time, Innovation Norway won the destination category.

The Routes Marketing Awards provide the airline community with the chance to have their say, regarding the airport or tourism authority they think has provided the best overall services to them relating to route development and marketing over the past year, to establish new or maintain and develop existing routes.

AIA is the most awarded airport for its airport marketing performance in the annual Routes awards — part of the largest route development event for the entire European region. Athens Airport has received 14 honors in a period of 11 years.