WTTC: Travel & Tourism in 2015 Will Grow Faster than Global Economy 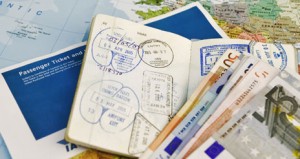 “This demonstrates the sector’s enduring ability to generate economic growth and create jobs at a faster rate than the global economy, which is due to grow by 2.9 percent in 2015″, the WTTC noted in an announcement.

According to the WTTC, by the end of 2015, the Travel & Tourism sector will contribute US$7,860 billion, 10 percent of global GDP, once all direct, indirect and induced impacts are taken into account. The sector will account for 284 million jobs, 9.5 percent of total employment, or one in eleven of all jobs on the planet.

WTTC forecasts that the United States and China will retain their rankings as the two biggest Travel & Tourism economies in the world, but Germany has overtaken Japan to rank as the third largest Travel & Tourism economy. Russia is the only G20 country expected to register a decline in Travel & Tourism growth in 2015, due to the continuing sanctions being imposed and the devaluation of the rouble. South Asia is expected to experience the highest growth in 2015 at 6.9 percent, whilst Europe and Latin America are the regions with the lowest forecast growth of 2.4 percent.

“Our annual research demonstrates that the sector has recorded strong economic growth in 19 out of the last 20 years, providing much-needed economic stability at a time of global economic volatility”, David Scowsill, President & CEO WTTC, said.

He underlined that governments looking for a sector which can create jobs and drive economic growth should focus on Travel & Tourism.

“This industry requires the right regulatory environment in which to flourish, along with progressive policies on visa access, taxation, human resources planning, and sustainability.”

Long-term forecasts for Travel & Tourism show continued annual growth at 3.8 percent over the next ten years to $11.4 trillion. By 2025, the global Travel & Tourism sector is expected to contribute 357 million jobs, some 73 million more jobs than this year.

The “Global Travel & Tourism Economic Impact Annual Update 2015”, which forecasts the economic impact of the Travel & Tourism sector in 184 countries and 24 regions, is produced for the WTTC by Oxford Economics.