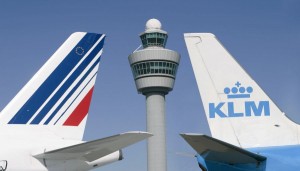 Air France-KLM announced on Thursday, that it was planning to increase its flights to and from Greece, and launch new flights for Toulouse and Nice.

Under the new plan, the Franco-Dutch carrier will operate 55 flights per week by July, compared to 22 weekly flights connecting Athens to Paris and Amsterdam in the winter season.

Flights to and from Toulouse and Nice will also start in July.

The carrier’s head in Greece, Alain Lahellec, told a press conference that the decision to up capacity and frequency of flights to Athens comes after increased demand and added that flights were booked by 80 percent on average throughout the year.

Athens is a very important destination for Air-France-KLM, he said, and added that the airline is hoping through the decision to boost traffic and extend the tourism season.

Mr Lahellec underlined that the carrier has prepared a business plan for its expansion to other destinations in Greece, which, however, will not be carried out this year.

In the meantime, Air France-KLM, which merged in 2004, said it was planning to introduce new onboard products and upgrade the interior of its aircraft for the improved travel experience of its customers.

Ryanair: 91% of Flights On-time in February