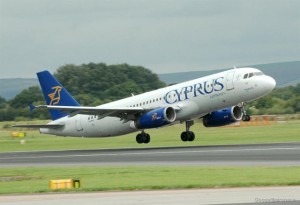 The shut down of Cyprus Airways was announced officially on Friday by the ministers of Finance and Communications Harris Georgiades and Marios Demetriades.

The announcements came after the European Commission ordered the struggling airline to pay back all incompatible aid received, which was said to amount to over 65 million euros plus interest.

Following an in-depth investigation, the Commission concluded that a restructuring aid package of over 100 million euros for Cyprus’ ailing flag carrier Cyprus Airways gave the company an “undue advantage over its competitors in breach of EU state aid rules”.

The Commission found that Cyprus Airways had no realistic perspective of becoming viable without continued state subsidies.

“Cyprus Airways has received large quantities of public money since 2007 but was unable to restructure and become viable without continued state support,” Commissioner Margrethe Vestager, in charge of competition policy, said.

Under the applicable EU guidelines on the rescue and restructuring of companies in difficulty, a company can only receive restructuring aid once over a period of ten years.

On Friday, Cyprus Airways made its final landing at Larnaca Airport with flight 337 from Athens.

“The company has ceased being a viable entity, and cannot continue to operate,” the Cypriot finance minister, Harris Georgiades, told the press.

According to reports, as of Saturday, the Cyprus government will make alternative arrangements for all passengers booked to travel on Cyprus Airways flights.

“The Republic will undertake fully the cost of the alternative flights and therefore the passengers will not be burdened in any way.”