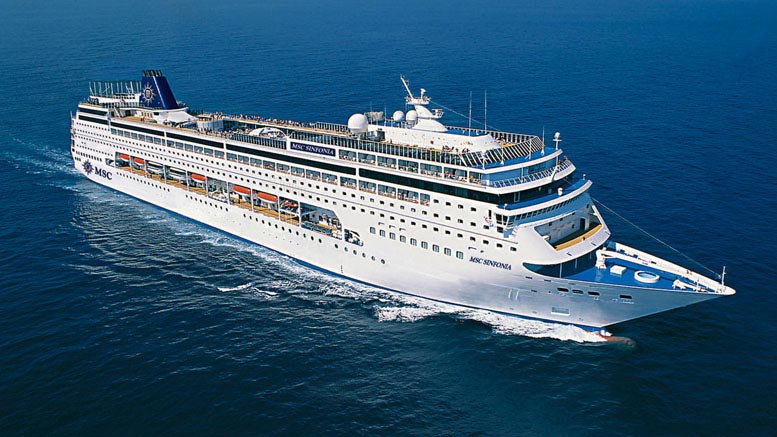 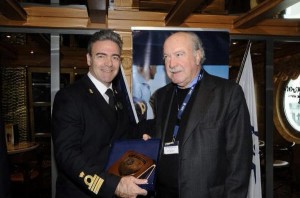 The Captain of the MSC Sinfonia, Pietro Scarpato, with the president of the Piraeus Port Authority, Giorgos Anomeritis. Photo source: OLP

2015 is expected to be a good year for the cruise industry and especially for Piraeus Port, according to the president of the Piraeus Port Authority (OLP), Giorgos Anomeritis.

“In 2015, investments worth 136 million euros for the port’s expansion, funded 95 percent by the European Union, will launch,” Mr. Anomeritis announced on Saturday while welcoming the MSC Sinfonia, the first cruise ship to dock at Piraeus Port this year. MSC Sinfonia is a cruise ship owned and operated by the Italy-based MSC Cruises.

Aiming to maintain Piraeus an attractive port of call for cruise companies, OLP has announced that its rates would remain untouched in 2015 for the fourth consecutive year.

According to Mr. Anomeritis, arrivals and departures at Piraeus Port have increased to two million annually from 600,000 in 2004, which was the year of the Athens Olympic Games.