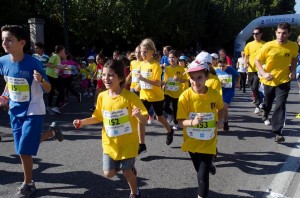 Seven “Kids Runs” will be held in different municipalities throughout Attica during the “Athens Marathon. The Authentic” event on Sunday 9 November.

The “Kids Runs” along the Athens Marathon course are non-competitive. They will take place about 15 to 20 minutes before the arrival of the first Marathon Race at the specific municipality and vary in distance and number (between to 400 and 1,100 participating children) depending on the hosting municipality. All children will receive an acknowledgement medal. 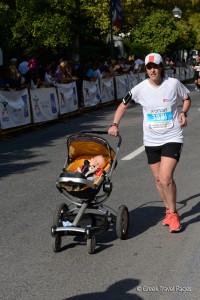 All “Kids Runs” along the Marathon Course, including the one to be held in the Athens city center (starting from Syntagma Square and finishing in the Panathinaikon Stadium), are sponsored by and named after the National Bank of Greece.

Also, a 1,200m Special Olympics Race will be held again this year, as done in the past.

Some 1,100 children and 250 Special Olympics Athletes are expected to participate in these two races in the center of Athens and finish at the Panathinaikon Stadium.

GTP is the main tourism communication sponsor for the “Athens Marathon. Τhe Authentic.”