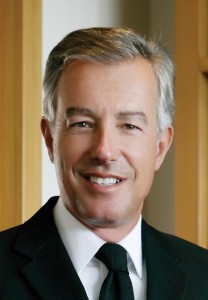 “Greek tourism exceeded its aims and expectations by showing an increase of over 15% in arrivals for the second consecutive year, thus winning over an important part of the market against our main competitors. At the same time, based on the available data, it seems that the average spending per person per night will increase this year as well. SETE estimates that the total contribution of Greek tourism to the national GDP will increase significantly and be close to 20% for 2014.

Besides achieving all aims in arrivals and direct revenue, this year we recorded a significant upgrade in the sector. Air arrivals, outside Athens, were extended as they reached 3.6 million during the first seven months of 2014 in comparison to the 2.8 million of 2010. Also very important is the fact that between January and August 2014, Greek tourism earned a customer satisfaction rate of 84.1% compared to the average rate of 81% of our competitors. It is also worth noting that with the increased hirings this year (either full time or part time) compared to 2013 (80.000 – 100.00 new jobs), tourism significantly supports the losses of the economy’s other sectors, resulting to the stability of the income of insurance funds.

Looking ahead to the near future and with the prospects of Greek tourism improving every year, it is certain that our goals for 2021 will be achieved sooner. Under these circumstances, now it is even more necessary to shield our tourism by preserving the political stability in the country, improving the investment environment and supporting healthy entrepreneurship. We remind that some key issues must be faced immediately, such as the efficient function of the state’s control mechanisms to combat lawlessness, the promotion of tax reliefs, the restitution of liquidity – especially for the thousands of small tourism businesses – the reduction of loan costs, the further reduction of non-salary costs, the reform of the investment law and the best possible use and development of the new National Strategic Reference Framework (NSRF) program.

Along with shipping, industry, commerce, agriculture and other productive strengths of the country, we are leading Greece where it deserves to be.”

World Tourism Day 2014: Message By The Hellenic Chamber of Hotels