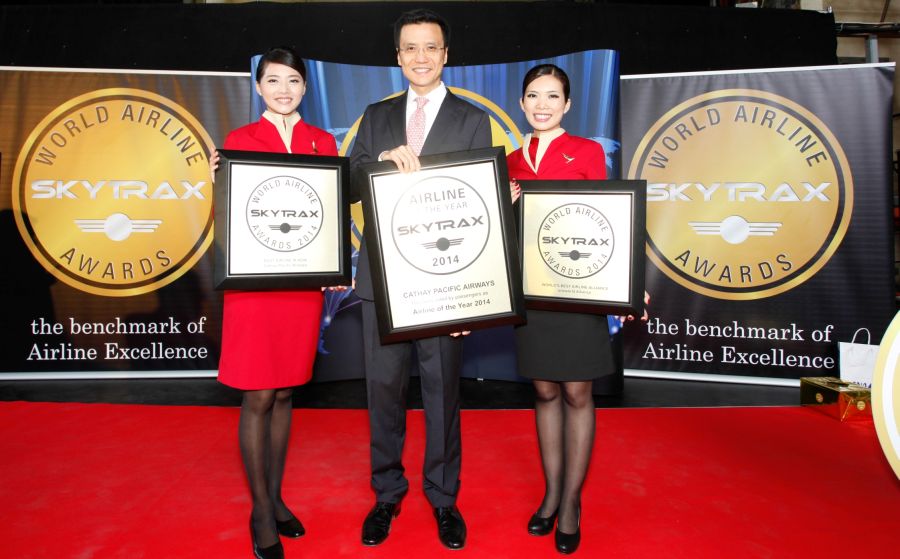 The latest Skytrax awards are based on a survey of 18.85 million airline passengers from around the world who voted for their favorite travel experiences between August 2013 and May 2014.

Cathay Pacific Chief Executive Ivan Chu collected the award on behalf of the airline at a ceremony staged by Skytrax at the Farnborough International Air Show in the UK recently. Commenting on the award, Mr. Chu said that he was “extremely proud, for both Cathay Pacific and Hong Kong” to receive this honor. 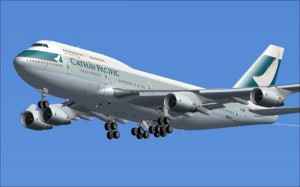 Mr. Chu emphasized that Cathay Pacific will continue investing for the future and working to ensure that passengers can enjoy a more comfortable and convenient travel experience. The airline will continue to improve its lounges within its international network, including the reopening of The Pier First Class Lounge in 2015 and Business Class Lounge in 2016 with a brand-new design. The next generation of seats and inflight entertainment products will be introduced with the arrival of the A350 aircraft in early 2016. Network development will also remain a key focus for the airline, with flights to Manchester launching in December this year and a new service to Zurich beginning in March 2015.

In the same awards, oneworld was named the World’s Best Airline Alliance for the second year running, confirming its position as the most highly prized global airline alliance. Cathay Pacific is a founder member of oneworld.

Skytrax is acknowledged as running one of the most comprehensive customer satisfaction surveys in the airline industry. Airline passengers from more than 160 countries participated in the latest survey, which covered 245 airlines worldwide. The survey measures standards across 41 key performance indicators of airline products and services.