SETE: “Power Cuts Will Be Devastating For Greek Tourism” 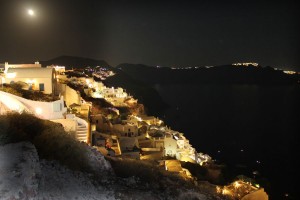 “Power cuts amid the peak tourism season, will be devastating for the positive image of the country abroad and for local communities, tourism businesses and their employees,” the Association of Greek Tourism Enterprises (SETE) said in an announcement on 3 July.

SETE made the announcement following the launch of rolling strikes by employees at Greece’s Public Power Corporation (DEI) against the government’s privatization plans.

“During a record year for Greek tourism, which can lead our economy to growth, the chain reactions that will occur (from the power cuts) can overturn the extremely positive trend, to date, of tourist arrivals and revenues and cause a significant interaction within all other sectors of the economy,” SETE’s announcement said.

The association invited all parties involved to show the “necessary restraint and common sense.

“The inalienable right to strike, can not destroy the unique opportunity that tourism is giving the country to exit the recession,” SETE concluded.