Leading members from the national associations which make up the European Federation of the Associations of Professional Conference Organizers (EFAPCO) recently elected Prague-based PCO Ivo Miksa as President for the next two years.

His election, along with a dynamic new Board and a multi-pronged action plan were approved unanimously by the EFAPCO Board shortly before the doors opened for IMEX 2014 in Frankfurt. 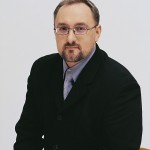 “Our Federation must prove itself to be increasingly invaluable to all professionals working in the field of congress organization, by supporting service and educational standards and their development, taking account of all the special differences within national markets and in meeting the expectations of European and international clients and their delegates. We must also continue to promote our needs and aspirations to EU governments and the European Commission. With this in mind we need to prove we are united and speak with one voice,” EFAPCO’s new president said in an announcement.

Ivo Miksa, 48, is the first EFAPCO President to be based in Central and Eastern Europe, following a decade when the Presidency was held by leading industry personalities in Spain and Greece, Belgium and most recently by Luisa Ahrens Teixeira from APECATE in Portugal.

A graduate from the Czech Technical University, Ivo has been a partner with GUARANT International in Prague since 1992 and he is currently a Board member with Prague Convention Bureau.

His career highlights have included annual meetings of the IMF and World Bank Group; the 115th Session of the International Olympic Committee (with 1,500 delegates); the 12th United European Gastroenterology Week (with 9,500) and the 2008 WPA World Psychiatry Congress (6,500 delegates).

EFAPCO’s new Board of Directors 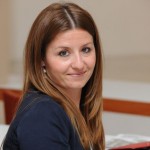 Belgium’s Sam van de Kerckhof, responsible for the creation and coordination of the Federation’s far-reaching industry, educational and professional research programs is the new Vice President, alongside the current second VP, Piotr Wilczek from Poland.

Sissi Lignou, from Greek member association HAPCO, stays on as Secretary General and Norbert Bomba from SAPCO in Slovakia was elected Treasurer.

The Federation’s administrative HQ will remain in Brussels under the painstaking watch of Honorary EFAPCO President, Nicola Le Brun.