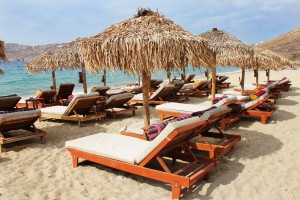 The Greek Labor Ministry has announced the subsidized social tourism holiday program for the 2014-2015 season. The program will offer free five-day vacations in various resorts across Greece to 120,000 Greek beneficiaries that include the unemployed, workers and pensioners.

According to an announcement by the labor ministry, the program will run from 1 August 2014 to 30 June 2015 under a budget of 10 million euros.

Eligible to take part in the state-subsidized vacation program are pensioners, workers enrolled in the IKA Social Security Foundation, the unemployed that have been collecting benefits for at least two months and unemployed persons with disabilities that are registered in OAED (Greek Manpower Employment Organization). Also eligible are dependent children of beneficiaries under certain conditions.

Details on the program are expected to be announced soon by OAED.

For more information on the labor ministry’s announcement (in Greek), press here.