Google Maps: Step Back In Time With “Street View” 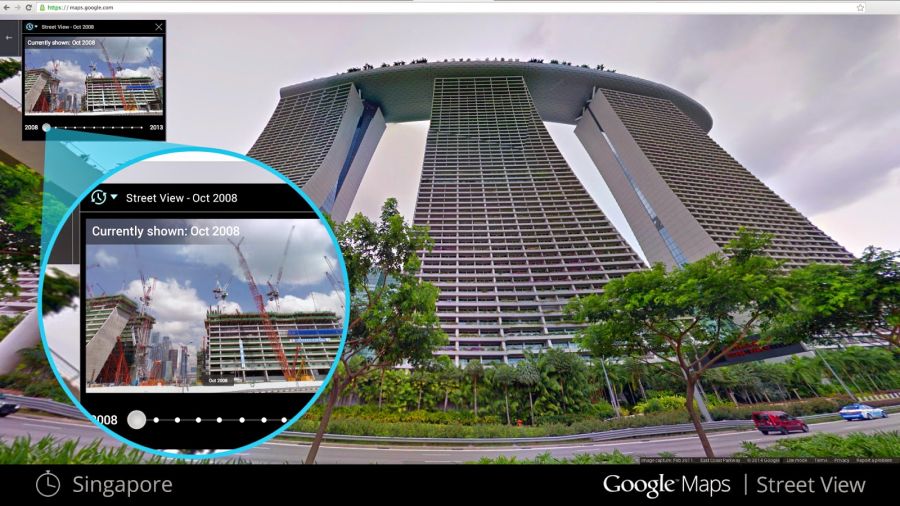 Google Maps has launched a digital time capsule of the world that allows those exploring Street View imagery to see how a place has changed over time dating back to 2007. 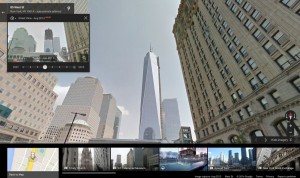 Google Street View is a technology featured in Google Maps that provides panoramic views of roads and areas almost anywhere in the world.

All users have to do is click on a new clock icon in the corner of the screen when using Street View. A scrollbar will then appear and users may change the year and even season of the area or building they are looking at to see how it has changed over time.

“Now with Street View, you can see a landmark’s growth from the ground up, like the Freedom Tower in New York City or the 2014 World Cup Stadium in Fortaleza, Brazil… You can even experience different seasons and see what it would be like to cruise Italian roadways in both summer and winter,” Google Street View product manager Vinay Shet said in a post on the official Google blog.

The new feature can also serve as a digital timeline of recent history, like the reconstruction after the devastating 2011 earthquake and tsunami in Onagawa, Japan. 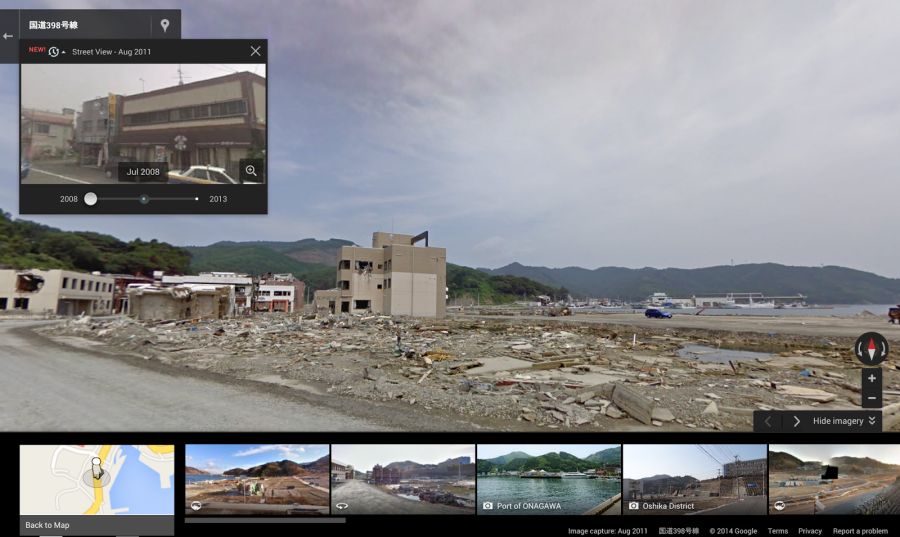 Destruction in Onagawa, Japan after the 2011 earthquake.

Google Street View first launched in 2007 in the United States and since then has expanded to include cities and rural areas worldwide.